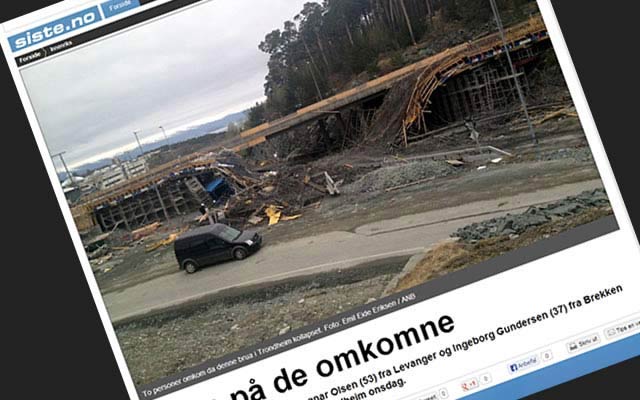 Both the police and the Labour Inspectorate expects a lengthy investigation of the accident in Trondheim, where two people were killed.

The two victims were 53 years old Kjell Magne Olsen from Levanger, who worked at the site, and 37-year-old Ingeborg Gundersen from Brekken in Røros. She was driving under the bridge when it collapsed on Wednesday afternoon.

Police crime technicians also started with technical investigations of an accident yesterday. They will continue the investigation this weekend and next week. It is therefore unclear when the details of accident can be released, police said in a statement.

In Trondheim, a bridge under construction was collapsed at 14.30 on Wednesday. Hundreds tons of concrete mass from the bridge fell down on the road.