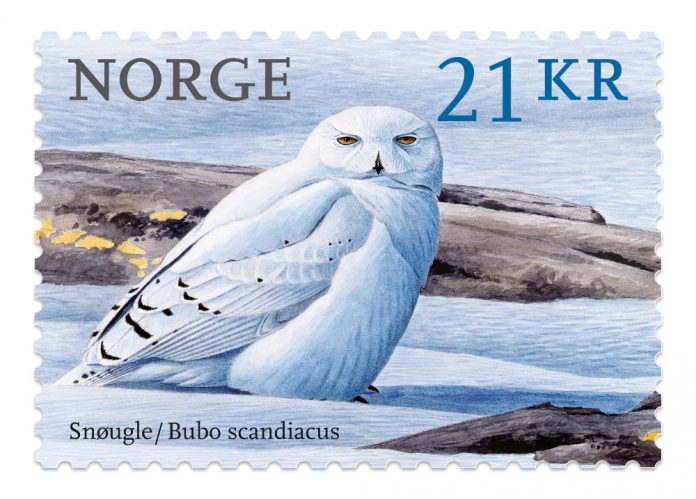 This Norwegian stamp is voted the most beautiful in the world. The motif on it was painted by visual artist Viggo Ree (69).

A Norwegian postage stamp depicting a snowy owl has been named the world’s most beautiful design. Designed by artist Viggo Ree, the stamp was awarded the honour in Madrid last month.

A jury consisting of around 40 internationally qualified philatelists evaluated stamps from all over the world in different classes. The Norwegian snowy owl stamp by Ree was selected the best in the Nexofil competition, organized by the stamp magazine El Eco in Spain last month.

-It was a surprising prize to receive. This is the first time Norway has won a prize in the main category in this competition, says Viggo Ree to VG.

The award winning stamp with snow owl motif was released last year, in a series of three stamps with bird motifs.

According to the Norwegian Ornithological Association, Viggo Ree has drawn animals since he was a year and a half. He is a so-called wildlife artist, who only paints fauna motifs.