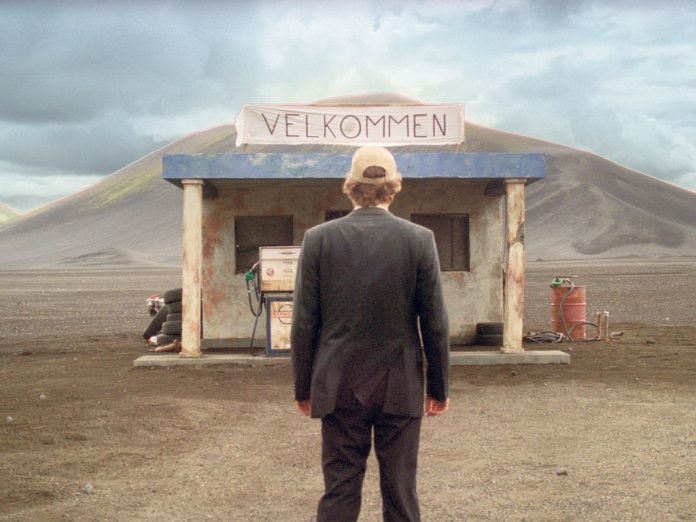 Norway has had a remarkable cinema industry for a long time. Since the production of the first film in Norway in 1907, Norwegian movies have always provided some interesting pieces for the movie fans.

Here we have collected 7 diverse Norwegian movies in different genres that received positive reviews from critics.

The Pinchcliffe Grand Prix (Norwegian: Flåklypa Grand Prix) is a Norwegian stop motion-animated feature film directed by Ivo Caprino. This stop-motion animation classic left a real mark on Norway’s popular culture. Not only is this the most successful and widely seen Norwegian film of all time, it also held the box office record for any stop-motion film until 1993. It was released in 1975 and is based on characters from a series of books by Norwegian cartoonist and author Kjell Aukrust.

In the village of Flåklypa, Lom, Gudbrand Valley, the inventor Reodor Felgen lives with his animal friends Ludvig (a nervous, pessimistic and melancholic hedgehog) and Solan Gundersen (a cheerful and optimistic magpie). Reodor works as a bicycle repairman, though he spends most of his time inventing weird Rube Goldberg-like contraptions. One day, the trio discover that one of Reodor’s former assistants, Rudolf Blodstrupmoen, has stolen his design for a race car engine and has become a world champion Formula One driver. Solan secures funding from Arab oil sheik Ben Redic Fy Fazan and to enter the race, the trio builds a gigantic racing car.

Elling is a Norwegian film directed by Petter Næss. This is an Oscar-nominated comedy drama about two dysfunctional men in their 40’s who become unlikely friends and roommates. Shot mostly in and around the Norwegian capital Oslo, the film, which was released in 2001, is primarily based on Ingvar Ambjørnsen’s novel Brødre i blodet (“Blood brothers”, 1996), one of a series of four featuring the Elling character.

The movie deals with the main character, Elling, a man with generalized anxiety in his 40s, and his struggle to function normally in society. He suffers from anxiety, dizziness, and neurotic tendencies, preventing him from living on his own. Elling has lived with his mother for his entire life, and when his mother dies, the authorities take him from the apartment where he has always lived and send him to an institution. His roommate is the simpleminded, sex-obsessed Kjell Bjarne. The Norwegian government pays for the two to move into an apartment in Oslo, where every day is a challenge as they must prove they can get out into the real world and lead relatively normal lives. With the help of social worker Frank and a few new friends, they learn to break free from their respective conditions.

It was directed by Jens Lien after a script by Per H. V. Schreiner. The story is about a man suddenly finding himself in an outwardly perfect, yet essentially soulless dystopia, and his attempt to escape. The film was well received by critics, and was awarded three Amanda Awards in 2006.

One morning, Andreas (Trond Fausa Aurvåg) wakes up in a strange apartment in a strange city and has no idea how he got there. His boss (Johannes Joner) gives him instructions for a job he doesn’t remember having. He marries Anne Britt (Petronella Barker), an interior designer, and, almost without even realizing it, settles into a comfortable but predictable routine. Slowly, Andreas realizes that the city’s clean, calm and complacent citizens are the front for something very sinister.

This is a 2008 Norwegian biographical war film based on the real events of the life of resistance fighter Max Manus (9 December 1914 – 20 September 1996). The story follows Manus (Aksel Hennie) from the Winter War against the Soviet Union, through the outbreak of World War II and the occupation of Norway by Nazi Germany until peacetime in 1945. The film is based on Max Manus’s own books Det vil helst gå godt and Det blir alvor, as well as other accounts and historical documentation. The film stays largely historically accurate.

The film’s premiere was attended by King Harald V, “Tikken” Manus, Gunnar Sønsteby along with other notable individuals. Reception from critics was largely positive. Max Manus also sparked a public debate about the role of the Norwegian resistance movement during the German occupation.

It was Norway’s official submission for the Academy Award for Best Foreign Language Film at the 88th Academy Awards but failed to be nominated. The movie depicts a future event in Møre og Romsdal in which the Åkerneset crevasse collapses, creating an avalanche resulting in an 80-metre (260 ft) tall tsunami that destroys everything in its path. The Wave is based on a rock-slide tsunami incident which destroyed the village of Tafjord on 7 April 1934, killing 40 people. Prior to that, a similar incident in 1905 triggered a tsunami killing 60 people, and 31 years later, another 74 lost their lives.

This is a 2017 Norwegian supernatural thriller drama film directed by Joachim Trier. The screenplay was written by Trier and Eskil Vogt. Thelma tells the story of a sheltered young woman who discovers she has an inexplicable power that materializes when she feels desire for a female student at her university. Thelma is a lonely and repressed young woman from an ultra-religious Christian family who has lived a sheltered life under the protection of her father, Trond, and disabled mother, Unni. She struggles to make friends and soon after moving to Oslo to attend university begins to experience unexplained epileptic seizures. When she meets another student, Anja, she discovers that her feelings for Anja trigger uncontrollable psychokinetic powers.

This film was selected for Oscar nomination from Norway in 2018. This is a 2017 internationally co-produced drama film directed and written by Iram Haq. The film’s scenes set in Pakistan were all shot in India, mostly in Rajasthan.

The film is inspired by director Iram Haq’s own life. 16-year-old Nisha lives with her parents in Norway. She is living a double life. She loves playing basketball with her Norwegian friends, parties, drinks, and has a Norwegian boyfriend, Daniel. However, she belongs to a traditional Pakistani family and behaves like a docile ideal daughter at home, as her Western nature clashes with their more reserved one.