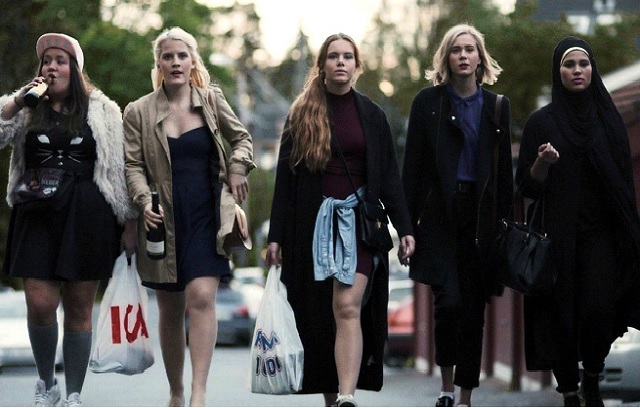 The Danish theater Aveny-T has secured exclusive rights to stage Skam’s theatre version. Four different performances will be the theater, one for each season. The first season has a premiere on September 15 this year.

The local theater in Copenhagen is known for staging great musical performances and new Danish drama. Among other things, they received exclusive rights in 2015 to create a theater concert about the life of John Lennon.

– We are currently adapting the series to the theater now. We want to create an intimate performance with the audience, says Aveny-T chief, Jon Stephensen to NRK.

– It is a challenge, clearly. But many of the scenes in “Skam” are very close to theater, he says.

Most of the main roles, such as Vilde, Sana, Chris and William were already roles were auditioned and selected.

About the TV Series

Skam (English: Shame) is a Norwegian teen drama TV series about the daily life of teenagers at the Hartvig Nissen School, a gymnasium in the wealthy borough of Frogner in West End Oslo. It is produced by NRK P3, which is part of Norwegian state broadcasting company, NRK. The series is web-based and airs primarily on the website of NRK.

Skam follows a new main character each season. Throughout a week, a new clip, conversation or social media post is published on the NRK website, allowing viewers to follow the series on a daily basis. Each season has focus on particular topics, and during production, creator Julie Andem had extensive, hours-long interviews with individual persons in the target audience to be able to cover their stories.

Skam has received critical acclaim and significant recognition, particularly for its portrayal of sexual abuse in the second season and homosexuality in the third. It has won multiple awards, including “Best TV Drama”, “Best New Show”, “Innovation of the Year”, and “Newcomer of the Year” at the 2016 Norwegian Gullruten awards, and receiving two nominations, “Best TV Drama” and “Best Actor in a Drama” for season three’s lead actor Tarjei Sandvik Moe, at the upcoming 2017 Gullruten awards. In late 2016, Simon Fuller’s XIX Entertainment production company signed a letter of intent with NRK to produce an American version of the series called Shame for the U.S. and Canada with production expected to start in 2017.