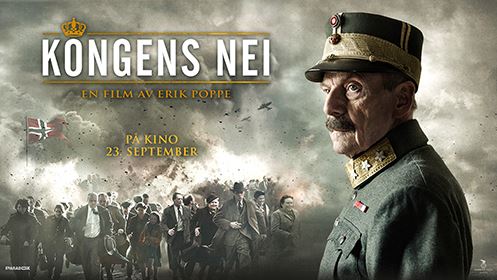 Last week the committee, which consists of eight representatives of the Norwegian film industry and the Norwegian Film Institute, has chosen Erik Poppe’s “Kongen’s Nei (The King’s No)” as the Norwegian Oscar candidate.

The committee notes that the film has a strong and universal story about taking the right decisions under extreme conditions. Given the dramatic days of Norway’s struggle against the German occupying forces.

Erik Skjoldbjærg’s “Pyro Manen” and Rune Denstad Langlos’s “Welcome to Norway” were three other nominees which competed with Kongen’s Nei.