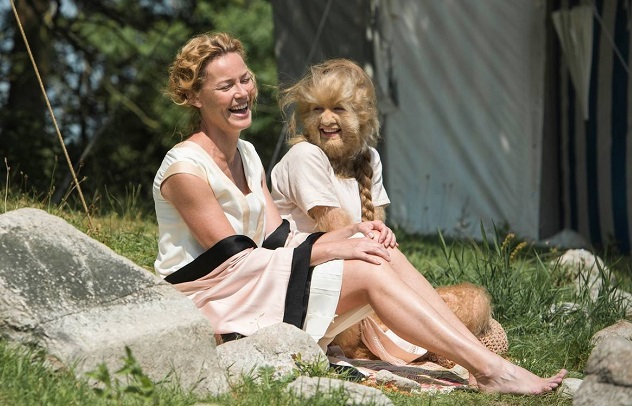 Løkvinnen is an epic story based on Erik Fosnes Hansen’s international bestselling novel, The Lion Woman.

The film is about Eva Arctander, who was born with hypertrichosis lanuginosa congenita, a disease that causes unnatural hair growth on large parts of body. The film describes Eva’s life from her birth to her teen years. She is examined by doctors in humiliating ways, and bullied at school. She falls in love, experiences respect and disrespect. Then she joins in a traveling theater group consisting of people with rare diseases or abnormalities. The story continues with her experiences in relation to her disease and the people she meets.

Lion Woman is a European co-production, with producers from Norway, Sweden, Denmark, Germany and the Czech Republic.

Parts of the movie has been recorded in Lillehammer, Norway. The rest was recorded at various locations during this spring and summer.

In addition to budget size, the film has been already sold to 40 countries before the premiere. The film’s premiere is scheduled for August 26, 2016 in Norwegian cinemas.