The Clowns of Tristan Honsinger 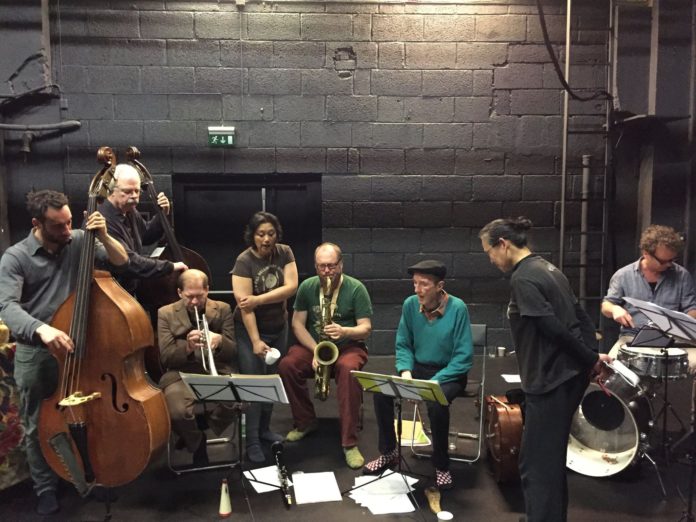 The new project of the Theater of Cruelty and a free jazz orchestra, Proud Cloud, wants to welcome you aboard the existential journey.

You’ve definitely heard at least once about jazz improvisation. But what about theater? Less likely. Especially with 15 actors on one stage at the same time. If they all improvise, what kind of play will it be? A cacophony, right? Though director of the Theater of Cruelty Lars Øyno tries to attempt the impossible: not only will actors improvise on stage, but they’ll also do it along with the improvisations of the legendary free jazz musician Tristan Honsinger and his Hopscotch Ensemble from Berlin.

The collaboration between Norwegian independent physical theater and the free jazz composer and musician Tristan Honsinger has quite unusual title Proud Cloud. What it means and what kind of improvised play it is, TNP asked the director of the Theater of Cruelty Lars Øyno.

It’s Tristan Honsing’s title, not mine. He’s the leader here and I am his director. I think everyone should try to find out themselves what the title means. It will be explained in a dialogue between a daughter and her father: – Is a cloud proud? – Yes! That’s where you come from. It’s a little cryptic, but during the play it will become clearer. The title means a travel, our inner and outer travel, from birth to death. What do we experience while traveling? Do we take something with us or everything is just passing by?

– Who are the “travelers” in Proud Cloud?

– They are ordinary people in different everyday situations – a dentist, a headresser, a father and a daughter, a businessman, a dog, a detective. I will be there too as a salesman from India. We’ve just been to Kolkata and saw people sitting and selling things, so that they have something to do every day. They are so poor that they try to fill their lives with at least something. So this is a play of our everyday life’s travel.

– Why do you need so many people at once on the stage, won’t they change?

– It is a concert. In an orchestra, when musicians are not playing, they still remain on the scene, waiting to get in with their instruments. It will be an improvisation, a jam session, if you like. Actors and musicians are equal here, they work together and inspire each other. These free jazz musicians are both musicians and actors and my actors are also musicians. 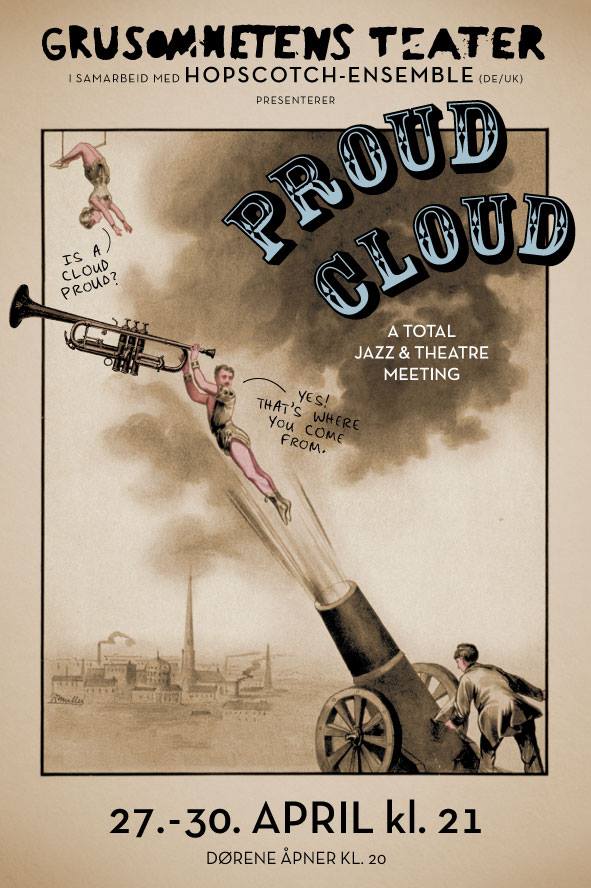 – Combining physical theater and free jazz…who came up with the idea?

– I met Tristan last year after his concert at Victoria jazz scene in Oslo. We talked, I offered him a beer and told him I was working with a theater. And he said, I would really like to do a concert with theater and music together, so that everything becomes music on the stage. And then he said: I think you can do it, I think you will be the director. That’s how it all started. He tried to bring to life such a project before, but they didn’t have enough money. Now we try to do it properly.

– Will there be some special scenography?

– Yes, scenography is an integral part of the music of this play, the two are not separated. Scenography creates the atmosphere, which will change during the performance. Probably, it will also be an improvisation. You see, there are many creative powers here. It’s not an easy task to be the director in Tristan Honsinger’s anarchy.

– How will it be possible for the viewers to catch the meaning of it?

–  Meaning arises in the heads of the audience essentially. Poetry makes people creative. The music is, of course, very strange. It will give the audience the impression of something unknown, something never seen before, something we are not comfortable with. And this is the biggest meaning in itself: it’s important in the world where everything is comfortable to get scared sometimes. In Proud Cloud we are confronted with a kind of musical circus – strange persons in different costumes in a way appear like clowns of situations. We try to make a happy show, to bring a little bit of positive energy. The cloud is the opposite of the sun, and we always need the sunshine.