“The true artist is sincere and dangerous”. The Theatre of Cruelty’s Lars Øyno talks about the premiere play “Lament” 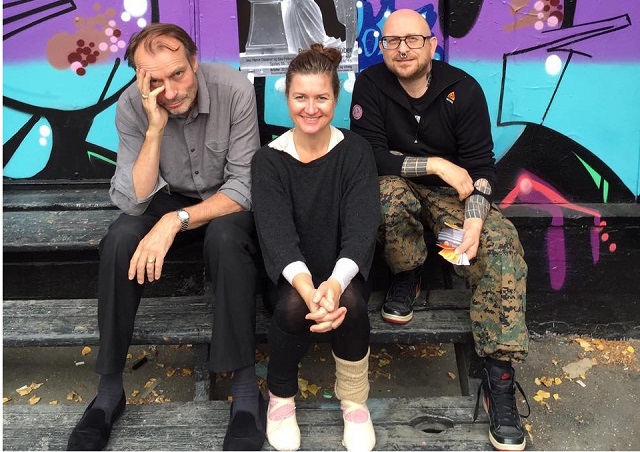 Earlier this year the theatre performed at the Norwegian Opera and Ballet the award winning version of Henrik Ibsen’s unfinished work, “Svanhild” (1860). The new play is intended to be the opposite of the opulent and rich in visual design “Svanhild”.

“Lament” was first meant to be the prologue to a greater epic-scale “Jesus Christ in memorandum”, but the application of financing, which the theatre sent to the Art Council of Norway, was rejected several times. This is how the new play “Lament” was born – “naked” theatre without any scenography or dialogues, presenting two women in very simple costumes – it is a perfect example of Jerzy Grotowski’s “poor theatre” concept. Despite all the struggles, the Theatre of Cruelty is ready to present “Lament” to a broad audience next week.

In anticipation of this event, the Nordic Page was glad to have a talk with the director of the theatre Lars Øyno, who shared his own reflections on the upcoming premiere performance.

– Please say a few words about the concept of the play.

– “Lament” – is an expression of grieve, it means “cry” or “sorrow”. It is an existential cry, the Earth’s cry. It’s something which is kept inside and hidden. But suddenly there is an outburst coming. There is an existential cry hidden in every human being. We are not allowed to release it, because of the rigid restrictions of our civilization. But the theater should be free, anarchistic. A cry in a way releases the freedom, helps it break through.

– Does this kind of theatre help people feel more free?

– Freedom is quite difficult to conquer. It requires a certain amount of suffering and a lot of hard work to reach that kind of freedom. The artist here can create, can show some paths for the audience. In a way art has to be free.

– Do you feel that it is harder for Scandinavian people then for others to get rid of the restrictions and release their emotions?

– The Western civilization is more or less the same. We have boundaries of the capitalistic system, rigid rules that create limitations in our lives. The Nordic people are quite stiff, that’s right. We pretty much locked ourselves from the inside. It’s not so easy for me to work with this kind of theater here in Norway. We have audience, we are known, but still, many people have problems with understanding our concept.

– “Lament” is a kind of a prologue to your bigger project – “Jesus Christ in memorandum”. Are you satisfied with this new play or you think that it could be done better in case you received the financing?

– I’m quite satisfied with this play. It interests me very much, this naked play, very essential. It will be a whole evening play and we have no scenography, no costume designer. We have just a light designer, two actresses, myself and a producer. It could be done with some more scenery, but then I realised, this naked stage is very relevant to our concept too. I’m not disappointed. We are in tradition with Grotowski and Artaud. Other directors might be more occupied with visual effects, but I’m working with the actors. They are the main value of my plays.

– What kind of story lies behind the play?

– There are two women on stage. They could be nuns, they could be muslims, they could be at a funeral. It’s a universal cry. We are creating a sort of a prayer. What is the reason for them to be there, in this cathedral? What is the reason for their prayers, what is their suffering? I think a lot of associations will come up. What is the source of their heavy pain? What kind of people are those two? There is no answer to that, actually. It is a bit of an abstract situation. It might as well be difficult for an author of an abstract painting to explain what it is about.

– Why don’t you use dialogues in your plays?

– This is a physical theater, so we don’t use the realistic text. Here there are a lot of sounds, there are some words too. But we use the words in a music sense, not in psychological, logical sense. Our theater works with the actor’s body as a tool. The aim is to release the body. Antonin Artaud, the creator of the theater in 1930s was inspired by the oriental theater. Body and mind was working as one in traditional Eastern theater. He was interested in some very essential states of being, in everything which is crucial in life. When I say “cruelty”, I say “life”. It’s not an easy theater, it requires as many skills as in a ballet. But the true artist is much more sincere, much more dangerous.

– You travel a lot with your theatre. What are you next stops?

– Now we are going to Tokyo in two weeks to play three performances there. Then we have another world premiere of Ibsen production in March here in Norway. The Theatre of Cruelty has connections with The Living theatre in New York. We will have a play at La Mama there. Also we often perform in India. Now there are some plans about doing a play on Vincent Van Gogh. And also the play on the life of  Jesus Christ is not accomplished yet. There are many interesting ideas.

More about the play:

The Theatre of Cruelty is based on the visions of Antonin Artaud, French poet and dramatist, who with his physical theater wanted to evoke the natural living force.

Jerzy Grotowski, a Polish innovative theatre director, defines his theory of “poor theatre” as a theatre that values the body of the actor and its relation with the spectator. The scenery, costumes or music are of no value for the director.