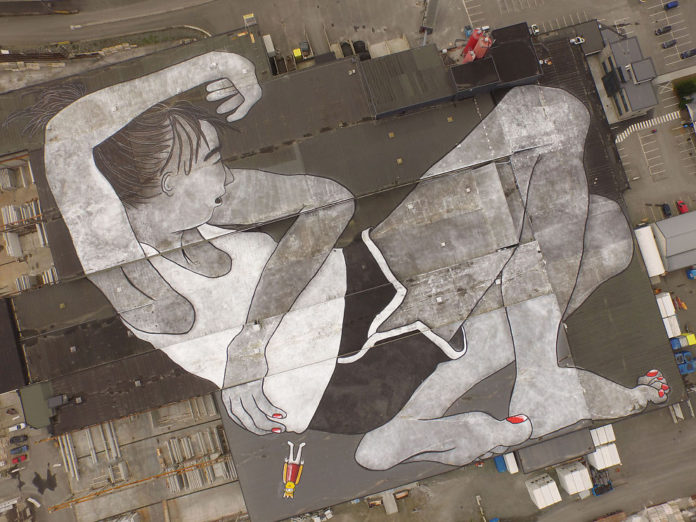 “If you happen to be traveling by plane over the Norwegian countryside we’d suggest flying over a little municipality called Klepp in Rogaland county”, suggests Huffington Post.

The work is a part of the annual street art festival Nuart, which will start in Stavanger tomorrow.

According to the newspaper, the entire painting takes up an area of 21,000 square-meter and was completed within four days with the help of volunteers.

The huge image, which is located on the roof of Block Berge Bygg, will be clearly visible for anyone flying to and from Sola in Stavanger.

The French artists were reportedly inspired by the story of Olav Tryggvason, who was king of Norway from 995 to 1000.