Henrik Ibsen’s Unfinished Work to Be Performed in Oslo Opera 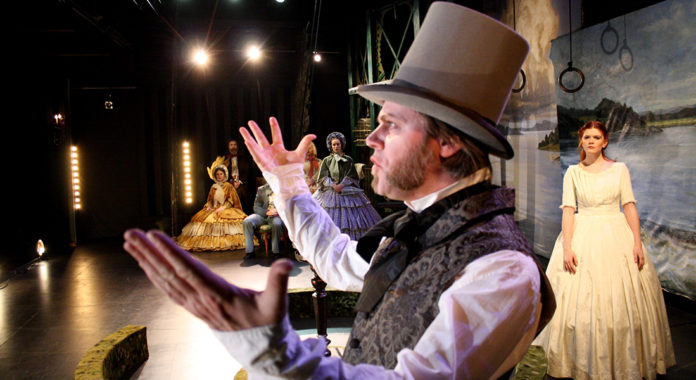 The award winning Theatre of Cruelty’s version of Henrik Ibsen’s unfinished work, Svanhild (1860), premiered in March. TThe well-established experimental theater company views this as a sequel to its world premiere, of Ibsen’s opera fragment The Mountain Bird (1859), a performance foreign theatres and theater festivals continue to show interest in. Svanhild is written in prose, and the play was, as The Mountain Bird, left unfinished by Ibsen. The efforts was, however, taken up a few years later, and in 1862 the story was published under the title Love’s Comedy. This piece is in verse form and a part of the cast of characters was changed.

Svanhild is a strong and self-confident character, pointing towards several of Ibsen’s later female characters. The play takes place on a bright summer day in the bourgeois idyll on Skillebekk, where people live sheltered and protected lives.

Svanhild was first staged on 14 March 2014, has since been shown both in Norway and abroad.

The Theatre of Cruelty transplants the tradition of the French dramatic innovator Antonin Artaud into Mrs. Halm «Hanging gardens by Drammensveien» and Ibsen’s play is given an unexpected timeliness.

The play will be performed with English supertitles.

Produced by: Theatre of Cruelty

Read More about the play

Buy ticket for the play