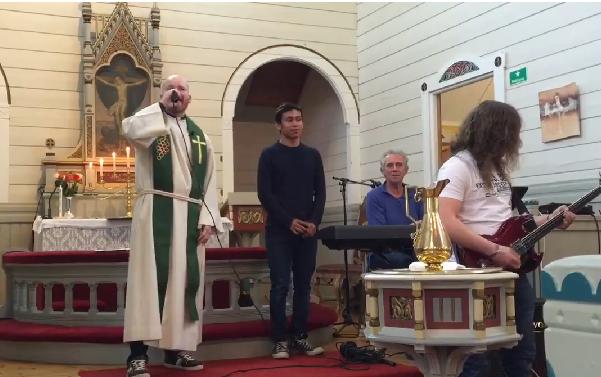 Pastor John Sylte from Rauma in Møre og Romsdalfrom is not like any other priests. Last weekend he dropped namely the traditional hymn song in favor of Black Eyed Peas-rap during a christening.

– I hear a lot of rap at home and played some of them at folk high school. One day I did a confirmation with rap, and the response was so good that I kept doing it, says Sylte to TV2.

He posted the video on his own facebook profile on Monday morning, and in a short time the video has become a hit.

Watch the video below