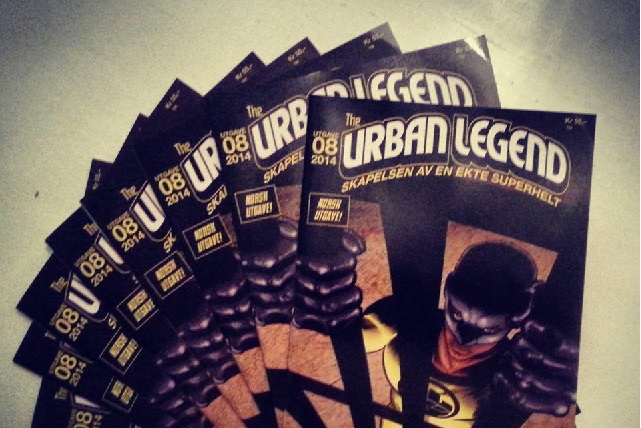 Josef Yohannes’s meeting with two boys during the World Cup four years ago changed his life, writes TV2. He saw two small children who reminded him very much of himself and his brother. So he shouted them over and gave them some money for ice cream, and thought he’d have done something more for them.

– When I was back in Oslo, I got an idea to create their own superhero. A superhero who could inspire children, says the cartoonist to TV2.

– Children and young people in the West have always had the luxury of having superheroes like the Hulk, Batman and Superman, while children in Africa have not had any official superhero, adds Yohannes.

Then he creates cartoon character The Urban Legend.

Super Hero works as a teacher named Malcolm T. Madiba, but has a yellow and black costume he uses when he has to fight for justice.

The idea of an African superhero character draws attention internationally.

Now Josef becomes Mandela’s ambassador to work for more justice and equality regardless of race, gender and faith. One of Mandela Foundation’s staff called and invited Yohannes to visit Mandela’s family in November, according to TV2.

– He had heard about this and thought it was amazing that there was a black superhero, first and foremost, but also that he was named after Mandela, says Yohannes.

“The Urban Legend” is also read in the textbook of the first year of upper secondary school in Norway.

– It was amazing, it is one of the main highlights, that it has become the school curriculum in Norwegian class. I’m very happy for it, says Yohannes.

Last year, Norwegian cartoonist had secured an exclusive agreement with the newspaper USA Today – which would present The Urban Legend on its online edition.