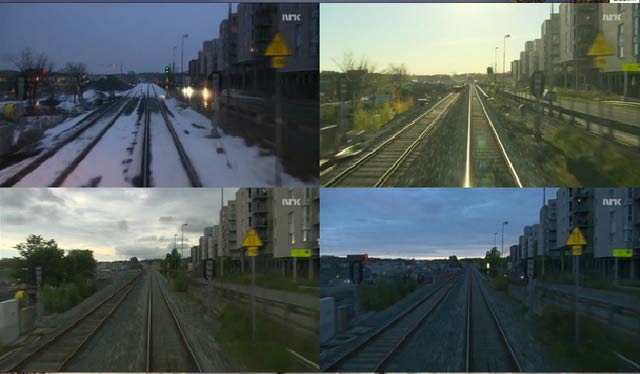 In recent years, a programming phenomenon called Slow TV by Norwegian public broadcaster NRK2 has been very popular. Slow TV is characterized by hours and hours of continuous coverage of fixed cameras on a subject or event.

Past programs have included a seven-and-a-half hour train journey, a 134-hour coastal cruise, 12 hours of firewood burning and 18 hours of salmon fishing.

And now American producers are interested in this slow-moving entertainment.

Also, NRK program “Northern Land train minute by minute” (Nordlandsbanen minutt for minutt) has been imported to be broadcasted in over 100 television stations online in the United States in new year.

Around 1.1 million television viewers watched the program “Nordlandsbanen minutt for minutt” about longest railway of Norway after Christmas last year.