Human Rights and Human Wrongs are Melted in This Festival 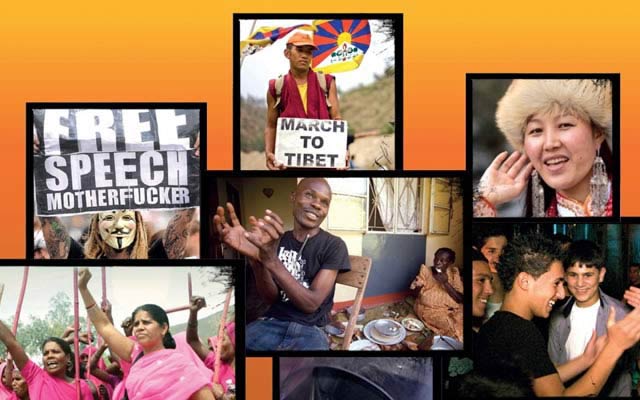 Six days with exceptional films, talks and debates about the current state of Human Rights and human rights filmmaking in Norway and the world. This years’ topics are Outcasts, Freedom of Expression, Protest Movements and Payback/ Economic Injustice.

Oslo Dokumentarkino (the Oslo Documentary Cinema). The first version of the festival was organised

in December 2008 to commemorate the 60th anniversary of the Human Rights Declaration.

The second version of the festival was moved to February 2010 and since then we have decided to arrange the festival at the start of February each year.

HRHW 2013 tries to convey and illustrate the complexity of human rights issues through documentaries. By melding unconventional elements participants gain a better understanding of the complex array of legal, political, social, and cultural issues involved in human rights and human wrongs. Hence every day during the festival, different focal points are shared in the selected movies and seminars.

Human Rights Human Wrongs FF is a bilingual festival. Most films are in English or with English subtitles.

Introductions and debates are either in English or Norwegian.

See the program for details.

The 2013 festival has been programmed and organised by: