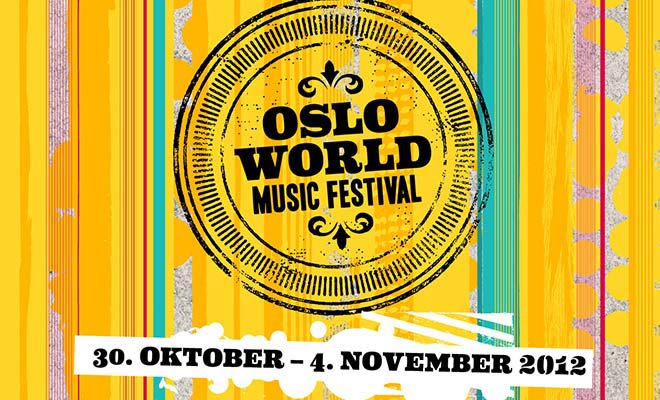 The festival starts with a film about the El Gusto orchestra. Then, 36 bands and artists from all ove the world will take the stage between 29th October and 4th November.

The festival’s goal has always been to present music from all over the world, with a primary focus on Asia, Africa and Latin-America. We hope this creates interest and understanding of the values that are inherent in the cultural expressions of others.

Every year the organizers present artists from every corner of the world, and many well-known names have visited Oslo for the very first time as a result of the festival.

The 2012 festival takes place between 29th October and 4th November. Over six days there will be 37 concerts held on 14 different stages. The festival promises everything from Chaabi and African jazz to samba, French chanson, electronica and reggae.