A Musical Option for This Week: Oslo Chamber Music Festival 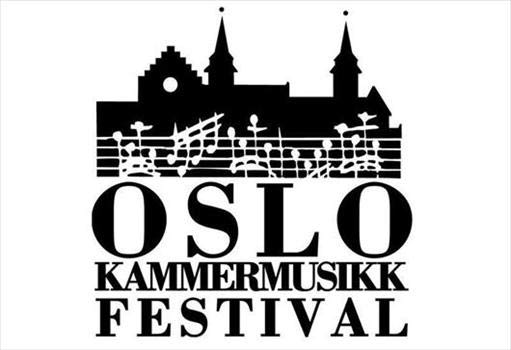 The Norwegian violinist Arve Tellefsen was the initiator, creative leader and inspiration behind Norway’s first chamber music festival, which welcomed audiences and musicians to Oslo for the first time in 1989.

Arve Tellefsen, one of Norway’s most distinguished musicians, founded the Oslo Chamber Music Festival to celebrate the diversity of chamber music and bring the music to a new and wider audience. He is still the driving force and artistic director of the festival, which has become a well-established and popular element of the Norwegian music scene, for both audiences and musicians.

Oslo Chamber Music Festival presents music spanning from the Middle Ages to our own time, striving at all times to maintain high standards and a high level of interesting programmes and performers. We are proud to offer the public top quality music and the performers an attractive meeting place for some of the world’s  most distinguished musicians. Recruitment from the Norwegian chamber music scene is an important aspect of the Festival, and for that reason we put strong emphasis on including children and young people as performers and audiences.

Oslo has many fantastic concert venues. An important element of the Chamber Music Festival is to open up concert experiences by using some of the city’s historical treasures as settings for the music. Akershus Fortress was voted the most popular area in Oslo in 2005, and we are proud to have it as the pulsating heart of the Festival. When the Minister of Defence opened up the Fortress to the Festival in 1989 he emphasised the importance of bringing this historic place alive, making it accessible to the public and using it in new ways, to reunite old and new Oslo, provide a showcase for the creative arts and a window where visitors can meet Norway and its culture.

You can find the detailed program from this link