Joachim Trier: You have to Look for Beauty in Oslo 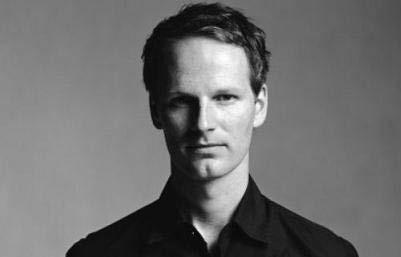 Just one week ago I
returned to my hometown, a place in Western Germany, a place with family,
memories and a past. It is a place where you immediately become the former
person you were when you left, no matter how much time you spent somewhere
else. And that was when the name Joachim Trier popped up more frequently in my
mind than ever before.

The second full feature
film of the Norwegian director “Oslo, August 31st“ has been in the movie
theaters for a couple of weeks. And again, Trier (yes, he is a cousin of the
Danish Lars von Trier) tackles fundamental subjects of human identity such as
connection or identification with a place, with a region or the simple fact
that you always take yourself with you, wherever you go.

“I, myself, grew up in Oslo and my last two
films take place here,“ Trier says. “The beauty of that place is not very obvious,
you have to look for it,“ he adds while taking a sip of his coffee. We sit
outside a café in Norway’s capital, it is already freezing cold; it is only the
middle of October.

“This is the place where
I lived when I was young, where I have my roots and the most preconceptions,
either good or bad. I think it is very destructive to try to erase your memory
and sooner or later you have to accept that.“

In his latest movie,
Trier’s main character shares this experience as he re-enters his old life
after coming out of rehabilitation: “Well, actually, it is not about rehab or
addiction. It is about what follows afterwards and about re-entering society,“
Trier says.

The protagonist thus
faces all those different expectations and pressures of the human community,
emerging from all sides. Such as the obligation to be at a certain point, at a
certain age in life, and not regretting what you have done before or what you
might have missed out on. “Contrary to my first movie, the second one deals a
lot with age, with the feeling of inferiority to others who seem to have
succeeded more.“

There is a point in the
movie, when one of the characters says to the protagonist: “You have great
friends, you have family, get a grip!“ It is a point when suddenly the past is
stronger than the present, when regrets paralyze you and make you doubt yourself
in your current situation. “He has all options lying in front of him, he could
lead what we call a “proper life” but he somehow lost his way.“ Trier refers to
our generation with all possibilities but no orientation.

For the second time
Trier works together with the actor Anders Danielsen Lie. And for the second
time, they approach together the topics of human mind and human nature. “Working
with Anders is very fulfilling in the sense that he inspires me. After doing
“Reprise“ I knew I wanted to do another movie with him.“

But even though staff
and subject might be similar in these two movies, the style is not at all: “I
wanted to create a very linear story line this time. All events are in
chronological order. In my last movie it was quite the opposite. There I used
voice-over, flashbacks, change of place and time, a mixture of reality and the
thoughts.“

In Oslo, October 31st we follow the protagonist just for
one day, through the city of Oslo, Trier’s hometown. We mingle at parties, we
sit lonesome on a bench, we jump into a river. We experience it all at the same
time – melancholy, longing and zest for life.

Joachim Trier (born 1974) is a Norwegian film director. His debut film Reprise from 2006 received several national awards, including the Amanda Award and the Aamot Statuette, as well as international recognition, with prizes at film festivals in Toronto, Istanbul, Rotterdam, Milano and Karlovy Vary.

His latest film Oslo, August 31st premiered in the Un Certain Regard section at the 2011 Cannes Film Festival. It is one of three films on the Norwegian shortlist for submissions to the 84th Academy Awards for Best Foreign Language Film.