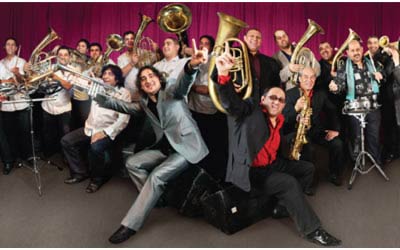 This year's opening concert is Dreams of the Lost Road at Vulcan. Also Ukrainian group DakhaBrakha will present an overwhelming show consisting of 3D-laser, video, animation, dance, experimental theater, and a musical fireworks.

The Oslo World Music Festival was founded by Concerts Norway (Rikskonsertene) in 1994. The general idea is to present a variety of music from Africa, Asia and Latin America, from classical traditions and folk music to urban, contemporary musical styles. Our aim is to show the richness in different music cultures.

The Festival is based on music performed by new, up-coming artists, as well as renowned artists invited from all over the world. It is also an ambition to initiate musical projects where Norwegian and guest musicians are working together. They also organize a big childrens festival within the fram of the Oslo World Music Festival.

The famous Turkish musician Sezen Aksu is among the participant of this year's Music Festival. See all artists here

The concerts take place at various concert venues in Oslo – in churches, concert halls, shopping malls, cafés and clubs. In 2010 we had 300 artists, 11 venues, seminars and other activities during the 6 days duration of our festival.

For more info in English