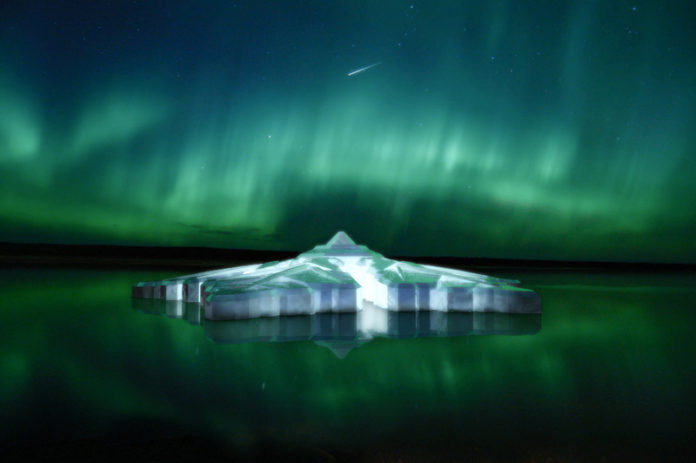 Dutch Docklands is currently working on a project of a floating 5-star hotel in Norway in one of the most beautiful natural surroundings on earth. The design is based on an icecrystal which blends-in naturally with the “winter environment” between the most beautiful fjords. The hotel with a diameter of 120 meter will have 86 rooms, conference rooms, spa & wellness facilities and is completely self supporting and self-sustainable.

A wall of windows will offer views of the snow-capped Norwegian coast, as well as the potential for some epic northern lights shows, writes Huffingtonpost.

The snowflake will be situated near Tromsø, a popular tourist town in the Arctic Circle known as a superb place to see the northern lights. Developers will tether the massive snowflake to the fjord’s floor, though it will be able to float about six to 10 feet from its center.

The Krystall is schedueld to open at the end of 2016, a hotel rep told The Huffington Post in an email.