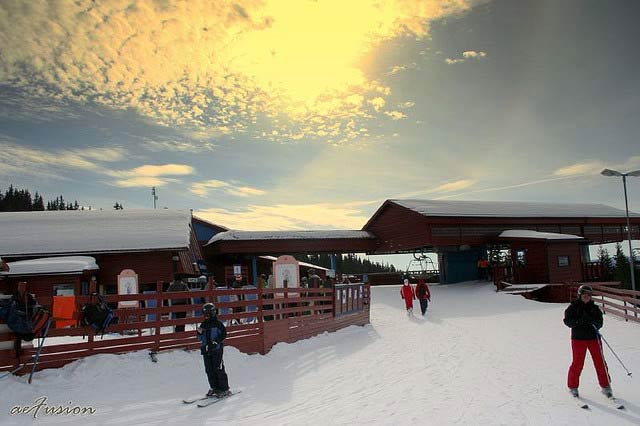 The oldest ski resort in Norway – Geilo – has been opened for cross-country skiers. Also Sonjaløypa slope lift was launched. Although the official opening of the season was scheduled for November 23, due to the abundance of snow and perfectly well-functioning lifts, this year the season has started earlier.

On November 2nd the season began at Kvitfjell ski resort. This ski resort is called “The Kingdom of Speed” for the opportunity to drive on its slopes at high speed. Concentration of interesting and unique topography of slopes makes Kvitfjell particularly attractive to tourists. Snowmaking is in full swing on all slopes, Familieheisen lift and Familiebakken slope are already at visitors’ disposal.

Norwegian capital of extreme sports Voss does not lagg behind in preparation for the new ski season with its relatively new (opened in 2003) and actively expanding resort Voss Fjellandsby, which is located in Myrkdalen, just 25 km from the Voss. From November 1st, skiers here are awaiting with seven lifts and 15 slopes, designed for all family members. In December, Voss Fjellandsby resort opens new hotel Myrkdalen Hotell, with 112 rooms, several restaurants, a cafe and a bar. The hotel is located on the principle of ski in – ski out.

Hemsedal, Norwegian popular resort for those who like to relax with a family, opened the new season on November 1. The level of natural snow cover is already up to 40 cm. The first lift has begun to work on 1 November, and skiing in Begynnerløypa, the children’s area, is free. On Friday, November 2, Hollvin Express, Hemsedalløypa, Ulven and Trolløypa lifts and slopes have been launched. Also, from 2nd November restaurant, cafe and shops have been opened as usual. The novelty of the new season – morning and night skiing is included in ski pass, valid from one day.

From 3 November two ski slopes of Trysil resort – 2400 and 600 meters long, and two lifts are open. Cross-country skiers can also expect opening of the season.