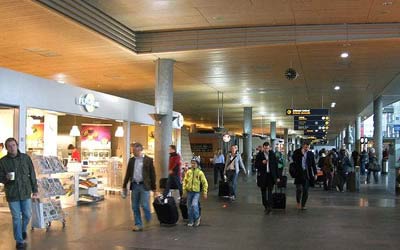 The highest number of visitors came from Russia. Almost 40 percent of total, 33 850 visitor visas were granted to applicants from Russia. While China followed Russia with 15 900 visitors, 5200 Indian, 5100 Thailand and 4800 Ukrainian determined the top visitor countries. Embassy in Moscow issued the highest number of visas this year. Totally 19 900 visas were issued Norway embassies in Moscow, St. Petersburg and Murmansk. In all these three stations, applicants sign the application, pay the fee and book the appointment for interview and submission of documents via the Internet. -We believe that it helps to shorten the queues and provide better service, “said Karl Erik Sjøholt, Director of Immigration Department(UDI).

Almost everyone gets a visa

A total of 93 150 visa applications have been processed by the embassies so far this year. The vast majority of the applications were granted, but about 5,300 were rejected. Rejected cases represents about 5.5 percent of all applications.

Visitor Lists according to Cities 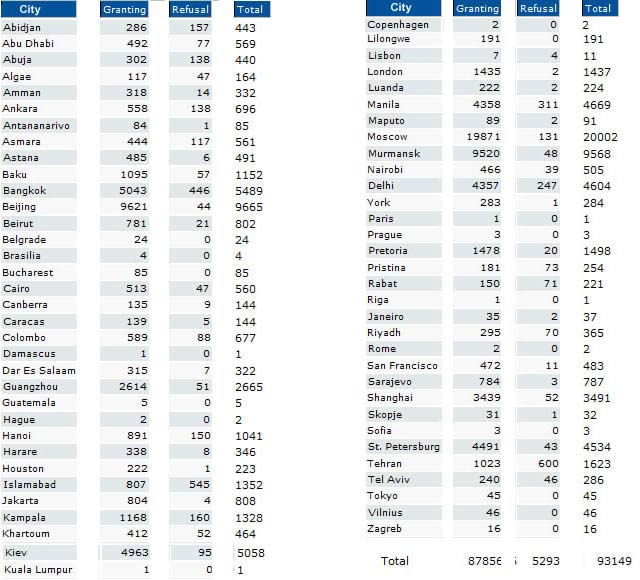 The application may be rejected if there is doubt that the applicant will return to their home country. Applicants' conditions are determinants in decision. For example, marital status, age, nationality, residence, work or study situation and any previous visa are important factors. Common rules for visa processing in the Schengen countries has come to force earlier this year. The rules regulate the processing time to maximum 15 days from the application date. However, some cases are sent to UDI. Then, the processing period may increase up to 30 days.