Norway wins 39 medals in PyeongChang, and breaks the record for a single nation at a Winter Olympics set by the U.S. at Vancouver in 2010.

Norway’s Winter Olympic success was not a big surprise for some who know the fame of the country in winter sports but it is still an impressive result when you consider the team’s size.

While the U.S. sent 242 athletes — the most in Winter Olympic history — to PyeongChang, Norway sent just 109. In the end, Norwegian team with less than half of America’s Olympic workforce won almost twice the number of medals, writes Times.

Many wonder the secret behind this striking success rate. Director of elite sport for the Olympiatoppen, Tore Øvrebø gives some hints about what makes Norwegian athletes different. Talking to Times, Øvrebø says that in Norway, providing a stress-free and relaxed environment for youths is a priority. For this organized youth sports teams cannot keep score until the young people turn to 13.

– We think prize money turns people into something they shouldn’t be, says ØvrebØ.

Norway also prioritizes high-character performers on its teams, according the newspaper. “No jerks,” says Øvrebø. 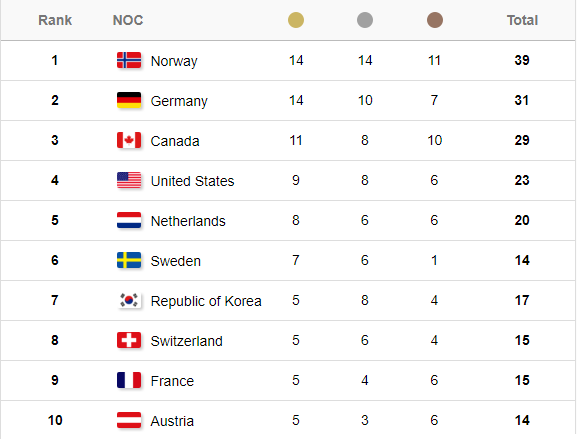 Born with skis on their feet

Norway’s Johannes Høsflot Klæbo– who has won three gold medals at these Games – also agrees on the positive impact of freedom on children.

He says to CNN Sport that the Nordic nation’s focus is to let children create and navigate their own path.

– The point is to ask what is in a sport for kids. We have a responsibility to give kids a nice sport to develop in so we’re thinking the other way around — not, ‘OK, says he.

Klæbe also notes that skiing is a part of Norwegians’ lives.

– We always say you are born with your skis on. On Sundays everyone goes into the woods with their skis on … everyone wants to do it, says the 21.year-old skier.