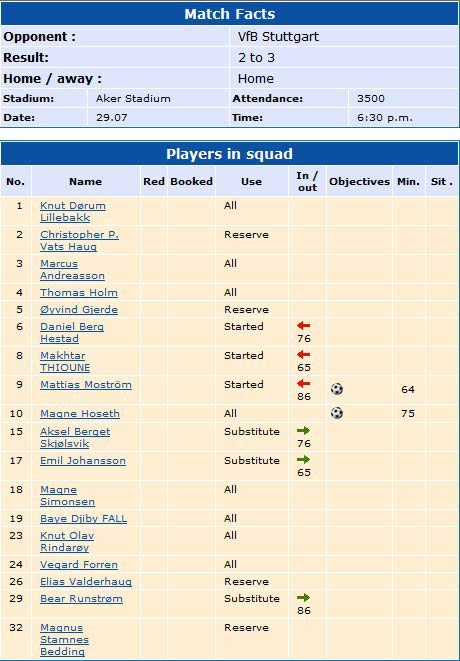 The start of the Cup final was full of action. After 16 minutes, Knut Olav Rindarøy had the lead for Molde with a shot from long range. Only one minute later,  Rosenborg responded with Mikkel Diskerud, who dribbled away from a Molde player and glued the ball at the junction 1-1.

It was also the halftime score.

Start of second half was also eventful. First Molde came close to score with a good shot, which was cleared from the line. Just minutes after this position, Tore Reginussen’s header put Rosenborg ahead 2-1 in the 49th minute.

The equalizer of Molde came in the 72th minute by Jo Inge Berget, having hit a volley after a corner.

After ten minutes, Magne Hoseth brought the score to 3-2 for Molde with a free-kick goal.

In the last minute of the game, Tommy Høiland scored his team’s last goal and the match ended 4-2, bringing Molde’s  third title in three years.

WATCH THE HIGHLIGHTS OF THE GAME

Molde Fotballklubb currently plays in the Tippeligaen, the Norwegian top division. Founded on 19 June 1911, Molde was originally known as International. The team is two-time league champions and three-time Norwegian Cup winners, and have finished 2nd in the league a further seven times. Molde is one of two Norwegian clubs that have participated in the UEFA Champions League.

The club was the first professional club of former Manchester United player Ole Gunnar Solskjær, and in January 2011 he returned to manage the club. In his first season as manager, which also was the club’s centenary season, Molde won the league championship for the first time. The next season Solskjær and Molde retained the championship.