A Must to See Sport Event of a Pleasant Norwegian Summer: Norway Cup in its 40th Year 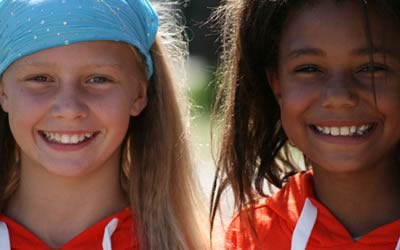 Football- One of the world’s biggest football
organizations, Norway Cup lasts one week, starting in the end of July/beginning
of August every year.

A popular event during the tournament is the great Norway
Cup Show with international and national artists. The show starts with a
fantastic parade.

There are also many additional activities this week:
concerts, miniature golf, non-alcoholic disco, celebrity match, amusement park,
and much more.

Among many other sport facilities based on Ekeberg area, a
large military tent strikes the visitors of Norway Cup. The young soldiers are
helping a 10-year-old boy to wear a mini protective soldier jacket. In the
backyard of the tent, a group of teens are lined up for hitting combat helmets
attached to sticks by kicking a soccer ball, while five young girls are
competing each other to finish a military training game mixed with football.

– We aim to inform youngsters about military education and
Norwegian defense system in a fun way, says the female soldier supervising
“hit the helmet” game. She adds Norwegian defense ministry has a
special interest in this tournament because they could find a lot of young
people who are interested in learning about military.

Last year, the participation level of military in the
tournament was a bit different. Norwegian Defence Minister Grete Faremo had met
the players of Faryab United from Afghanistan and spectated them through their
matches. Defense minister had also expressed that the team’s participation would
increase awareness about the ongoing military operations in Afghanistan.

History of the
Tournament

The tournament first began in 1977. In that year, the
organizer Bækkelagets Sports Club arranged both the Oslo Cup in handball and
Norway Cup at the same time. However, only Norway Cup has continued till today.

In the first years of the arrangement, only Norwegian and
European teams participated in the tournament. In 1972, only seven European
countries were represented with 126 teams. In 1979, the Brazilian team
Pequeninos from Sao Paulo came to Norway Cup. This team consisted of poor
children from the slums in their country. For them, the trip to the Norway Cup
was a glimpse of hope and encouragement in comparison to the misery at home. At
the same time, these youths conquered the whole of Ekebergsletta and quickly
became the tournament’s favorites. That was the beginning of what today is one
of the most important issues for Norway Cup: the colorful friendship.

The world’s largest
organization in its kind

In the period between 1972 and 2010, a total of 44.479 teams
have participated in Norway Cup, while the the nearest competitor Swedish
Gothia Cup could attract 31.540 teams.

This year, 1400 football teams from 65 nations participates
in Norway Cup.

The celebration will be highlighted properly in the summer
of 2012.

1200 Volunteers from the organizing club