Aalesund and Rosenborg in top Four at Copa del Sol 2011 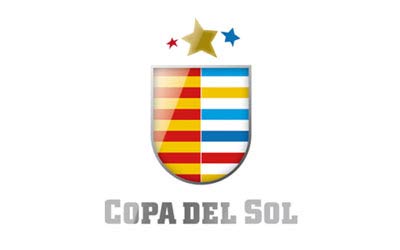 The 16 teams representing eight nations have completed the second edition of Copa del Sol in Spanish La Manga and Elche 27th January – 7th February. A total of 25 matches have been played with clubs representing Ukraine and Norway displaying top performance through the cup table.

The tournament winner Karpaty Lviv began their victorious journey by beating Norwegian Molde in penalties (5-3) following 1-1 after full time in the first round. The subsequent quarterfinal against Sweden´s IFK Göteborg provided a 1-0 win, and a place in the semifinals. Following a 1-1 score after full time in their semifinal against Norwegian Aalesund, Karpaty managed a new penalty victory (7-6) and a seat in yesterday´s final against fellow countrymen Shakhtar Donetsk.

-”We are delighted with the sportive level and strong media interest achieved with the second edition of Copa de Sol following a relatively short and intensive period of preparations. Together with partner NPFL we look forward to develop the event further for the next edition in 2012”, says Jonas Persson, CEO IEC in Sports.

The Ukrainian champions and Copa del Sol 2011 runner ups FC Shakhtar Donetsk came into the final through victories against Czech top side Viktoria Plzen (2-1) in the first round, Danish Nordsjaelland (3-1) and Norwegian Rosenborg (4-1) in the subsequent quarter- and semifinal.

-“We feel encouraged by the results and comments from participating clubs and organizing partners following Copa del Sol 2011. We believe this supports our objective to strengthen the sportive development of Nordic club football and preparations for high level clubs before upcoming play off phases in the European Cups”, says Jo Bergsvand, Head of Sports at the Norwegian Professional Football League (NPFL).