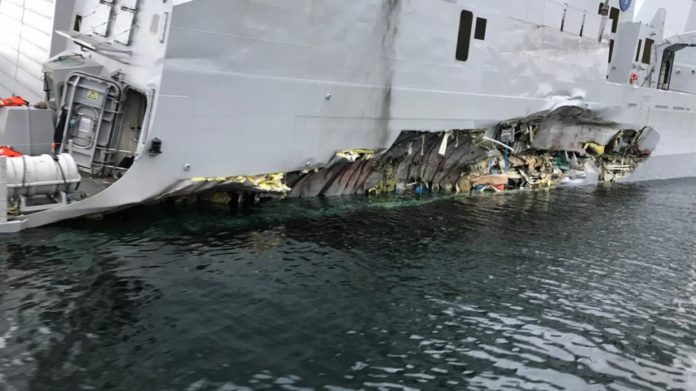 A Norwegian navy frigate and an oil tanker from Malta collided in Øygarden in western Norway. Seven people were injured.

A total of 137 people were on board the frigate while 23 were on the tanker. The oil tanker received only slight damage, while the frigate has been seriously damaged.

A small oil slick from the frigate has been detected but nothing large,” the official added.

Built in 2009, the KNM Helge Ingstad participated in chemical disarmament operations in Syria between December 2013 and May 2014.