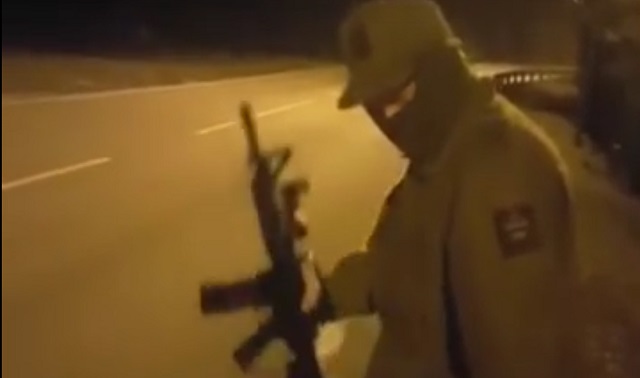 Three people were arrested in an armed police raid after a man was seen naked and armed along highway 319 in Sande. Seven police patrols and a police helicopter involved in the operation, which costed 100.000 NOK.

– This is a serious, illegal and costy action. It is probable that those involved will pay the bill, said police lawyer Cathrine T. Evensen to VG.

In addition to the naked armed man, the police arrrested another man who was wearing national guard uniform with a heavy weapon and a woman who filmed the incident and broadcasted it directly to a private group on Facebook.