Tropical Storm Karl has formed over the far eastern Atlantic, becoming the eleventh named storm of the season, the National Hurricane Center in the United States. On Thursday night, the storm weakened, but is expected to strengthen again to a tropical storm before it passes Bermuda on Saturday.

-Forecasts indicate that Karl is heading more towards continental Europe and over Germany. But as it looks now, it will merge with another ordinary pressure, and affect Norway. It will come to our waters on Tuesday evening, said meteorologist Beathe Tveita to VG.

It is still uncertain but the storm can cause both heavy rain and strong winds from Monday night, especially on the entire west coast, but also across southern Norway.

Meteorologist Tveita also warns that there may be periods of storm in western Norway Wednesday and north coast as the storm move north.

Thousands demonstrated in downtown Oslo starting from the US embassy. In other cities in Norway, similar demonstrations were held in solidarity with...
Read more
Panorama

Norwegian government has decided to ease the lockdown and make the life "normal" again in Norway before summer. This controversial decision made...
Read more
- Advertisment -
Advertisement 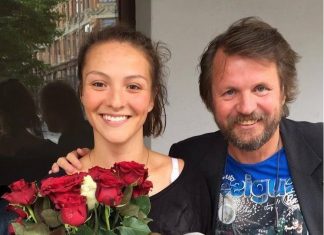