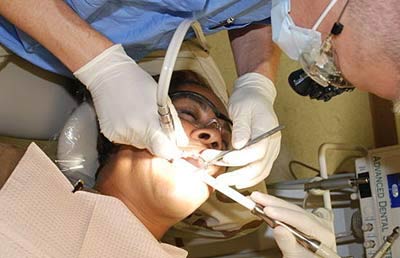 In a survey conducted by NorgesBarometeret for ANB, 74 per cent of the country’s local politicians said that oral health must be covered on an equal base with other health services. 17 percent also say yes, but only for certain groups. Only eight percent responded no, while one percent had no idea.

The issue of dental health is a hot potato in the major government party Labor. During the General Assembly in 2009 and 2011, the party promised that dental health “will be part of the government’s responsibility in line with the rest of the health care system.” Instead of a universal offer, the party management now wants a system where several groups are given reimbursement for dental expenses.

All dentists in Norway are organized through “Tannlegeforeningen”. Dental services are free for children until 18. Some complicated procedures such as the fitting of new prosthetsis and some oral surgeries are partially covered by the national health service, usually at the rate of 50%.

But high expenses of general dental care services in the country leads to controversies. Many Norwegian prefere to go to other countries where cheaper dental care is offered most of the time.