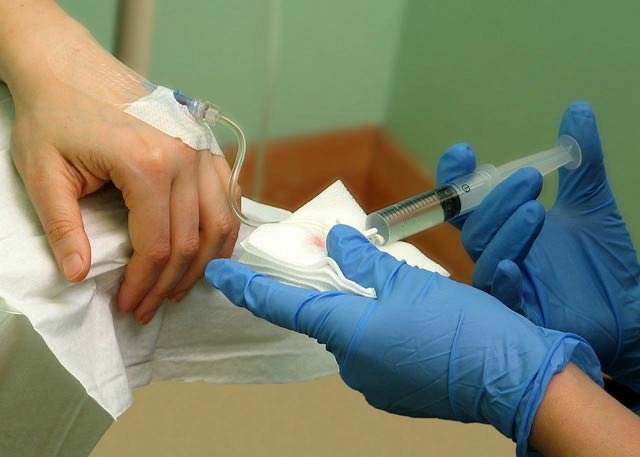 Bayer HealthCare announced that the European Commission (EC) has granted marketing authorisation for Xofigo® 1000 kBq/ml, solution for injection for the treatment of adults with castration-resistant prostate cancer, symptomatic bone metastases and no known visceral metastases. This decision follows a positive recommendation from the European Committee for Medicinal Products for Human Use (CHMP) in September of this year.

“Bone metastases occur in the majority of men living with castration-resistant prostate cancer and can result in pain and even death. The profound impact of bone metastases should therefore be a key treatment consideration for this disease,” said Christopher Parker, M.D., Principal Investigator of the ALSYMPCA trial and Consultant Clinical Oncologist at The Royal Marsden NHS Foundation Trust, and Honorary Reader in Prostate Oncology at The Institute of Cancer Research, London. “Xofigo targets bone metastases, delivering a localized cytotoxic effect to offer patients prolonged survival, making it an exciting advance in the treatment of this cancer.”

“As the latest addition to Bayer’s growing oncology franchise and following a quick approval in the U.S., we are pleased that Xofigo is now available to patients in Europe,” said Kemal Malik, M.D., member of the Bayer HealthCare Executive Committee and Head of Global Development.

A majority of men with CRPC have symptomatic bone metastases. Once the cancer cells settle in the bone, they interfere with bone strength, often leading to pain, fracture and other complications that can significantly impair a man’s health. Bone metastases secondary to prostate cancer typically target the lumbar spine, vertebrae and pelvis. In fact, bone metastases are one of the main causes of morbidity and death in patients with CRPC.

Xofigo is approved in the U.S. for the treatment of patients with castration-resistant prostate cancer, symptomatic bone metastases and no known visceral metastatic disease.

In September 2009, Bayer signed an agreement with Algeta ASA (Oslo, Norway) for the development and commercialization of Xofigo. Under the terms of this agreement, Bayer will develop, apply for health authority approvals worldwide and commercialize Xofigo globally. Algeta is co-promoting Xofigo with Bayer in the U.S.

Norwegian researchers investigate whether sunbathing and fish can have an effect on corona infection, according to NRK. 140,000...
Read more
Health

In a few months EURO-ASIA EXPO 2013 will be opened and the number of foreign and Russian companies, organizations and private entrepreneurs registered as exhibitors to trade-fair increases each day.
Read more
Health

How are we emotionally connected with universal nature?

When we look around us, we see an environment that influences how we feel. When we see inside of ourselves, we see ourselves through our feelings which influence how we see the environment...
Read more
Health

Internet Use Rewires the Brain

We are to exposed to “mind change” in Norway, one of the leading countries in accessibility and usage of internet and mobile telecommunication technologies.
Read more
- Advertisment -
Advertisement