Internet Use Rewires the Brain 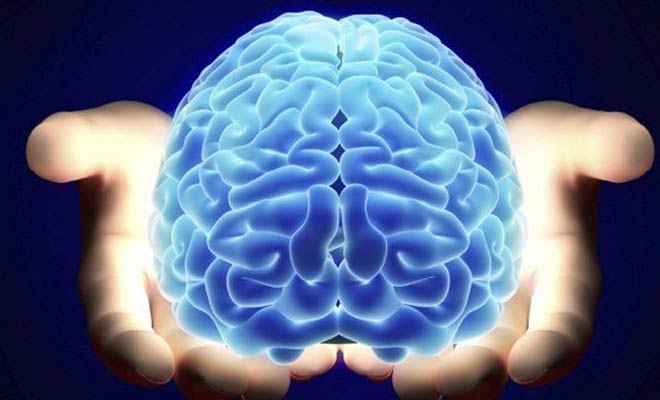 According to Business Monitor International’s Communications Market report, we are now texting more than talking. Teenagers and young adults use texting and social networking more often than talking, either on the phone or face to face, despite preferring face-to-face communication. The report attributes the decline in popularity of traditional forms of communication to the rapid increase in ownership of Internet devices such as tablets and smartphones. The average Norwegian household now owns an average of three different Internet-enabled devices, with more than 90 percent of households having internet connection. Meanwhile, time spent using the net on mobile devices is up by a quarter year on year, the overall volume of mobile data consumed doubling over the last 18 months.

With smartphone and tablet ownership consistently on the rise, the way we use the Internet is evolving rapidly. Worryingly, experts are now warning that use of the Internet could be changing the way we use our brains, comparing the effects of Internet addiction to those of drug abuse. Indeed, in its most extreme manifestation, compulsive gaming and Internet addiction have been implicated in several cases of horrendous child neglect, parents so oblivious to their own child’s needs that they starved them to death.

Outlining research showing correlations between Internet and other forms of addiction, Dr. Elias Aboujaoude, a Stanford University psychiatrist and the author of “Virtually You: The Dangerous Powers of the e-Personality,” said: “One area of research is the role of the neurotransmitter dopamine in excessive Internet and video game use. Dopamine has long been implicated in substance abuse, and some preliminary studies have shown a link between a dysfunctional dopamine system and abuse of new technologies as well. For example, a study on Internet addicts showed altered glucose metabolism in brain regions that include major dopamine projections. Another study linked a variant of the dopamine D2 receptor gene with excessive online video game use. A third study using positron emission tomography [PET] scans showed lower levels of D2 dopamine receptors in parts of the brain of individuals who were diagnosed with Internet addiction.”

Identity, relationships and empathy in relation to social networking sites

“Another line of research involves using sophisticated brain imaging to study tissue integrity in the brain. One small study in Internet addicts showed disruption of normal tissue organization in the white matter of the brain in areas involved in decision making, attention and emotional processing.”

Baroness Susan Greenfield, professor of pharmacology at Oxford University who specializes in the physiology of the brain, also points out the possible effect of telecommunication technologies on us.
According to Greenfield, “mind change” is the new climate change. Explaining what she means by this she said: “If you think about the features of climate change, several decades ago it was only a phrase recognized by a minority, and those who did know about it thought that this was some eccentric fringe idea. Now of course it’s something that everyone understands, although it’s very controversial. It breaks down into lots of different issues such as carbon sequestration, alternative energy and water shortages. It’s unprecedented, it affects the private and public sector and it’s global, and really no one is certain how to go forward with it. All those features could apply to the impact of screen or cyber technologies on how people are thinking. No one really has any precedent for something so pervasive as screen culture now is. And it packs down into lots of different things, for example identity, relationships and empathy in relation to social networking sites, addiction and aggression and attention span in relation to video games, and how we learn and how we differentiate information from knowledge in relation to search engines.”

Greenfield compares the situation we find ourselves in now to the ’50s, when people didn’t believe smoking caused cancer. “If you have one group of people having fun and another group of people making money out of it, no one really wants to spoil the party. Scientists had a terrible time in trying to convince the tobacco companies that smoking was dangerous. There was great hostility and denial and so on. In a sense we’re facing a similar situation and I think what we really do need is robust epidemiology that can be very clear and convincing that one thing is causing the other.”

The Definition of Addiction Changes

Greenfield mentions the appearance of Apps to help people deal with the compulsive nature of much web interaction, such as “Freedom,” which describes itself as “the world-famous app that locks you away from the net so you can be productive,” and “Self control,” which blocks access to incoming and/or outgoing mail servers and websites for a predetermined period of time. She says, “If you think about it, you’re paying money to someone to shut off your own computer for you.” According to Greenfield, Internet addiction is now a recognized problem in many places, with an average of about 10 percent of users addicted. “Not in the sense that you’re addicted to heroin but in the sense that you do that to the exclusion of most other things,” she said.

Looking to the future and what effect screen technologies could have on users, Greenfield speculates that they might have “higher IQs, faster reactions and strong sensorimotor coordination, but they won’t necessarily have knowledge or understanding, they won’t have much empathy and they’ll have short attention spans.”

Nicholas Carr, whose book “The Shallows: What the Internet Is Doing to Our Brains” was a finalist for the 2011 Pulitzer Prize, told us, “The human brain is highly malleable, or ‘plastic,’ as neuroscientists say, even at the cellular and molecular levels. That’s normally a good thing, because it allows us to adapt quickly to new circumstances and experiences. But it can also be a bad thing. We can just as easily train our brains to think more shallowly as to think more deeply. That seems to be what’s going on with the Net. Over the last few decades, neuroscientists, psychologists and other researchers have carried out scores of studies on the mental effects of hypertext, multimedia, multitasking, interruption and distraction. The bulk of these studies point to the same conclusion: When we go online, we enter an environment that promotes cursory reading, hurried and distracted thinking and superficial learning. It’s possible to think deeply while surfing the Net, but that’s not the type of thinking the technology encourages and rewards. … We’ve begun to sacrifice other modes of thinking, particularly those that require sustained attention and concentration, which involve contemplation, reflection, introspection. … It’s altering the balance of our thought.”

According to Carr, “We can be very efficient, very productive, without those modes of thought, but as human beings we become flatter, less interesting, less intellectually distinctive and adventurous. I think as well that our ideas and our decisions tend to become narrower, more derivative, as we lose the richness of deep, idiosyncratic thought.” An interesting idea Greenfield proposes is to design software that counteracts the negative impacts of new technologies.

How are we emotionally connected with universal nature?