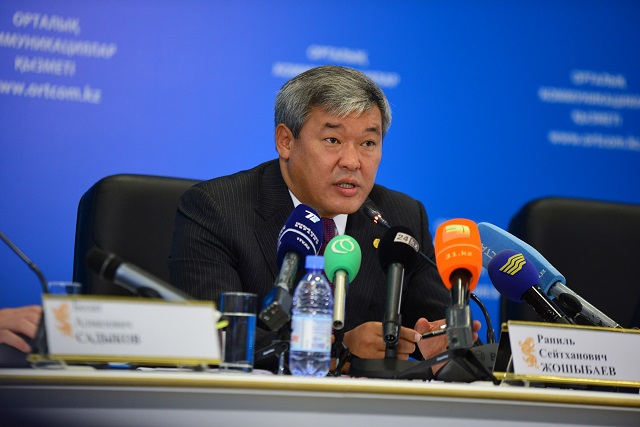 One of the largest international expos of the decade is held in the capital of Kazakhstan. EXPO-2017 for Kazakhstan is a national project, the greatest opportunity for the country to investigate new sources of power and green technologies, says EXPO-2017 Commissioner Rapil Zhoshybayev.  Zhoshybayev, who was on an official visit to Norway, met with the Norwegian State Secretaries  Morten Høgland and Dilek Ayhan. The main goal of his visit was to promote EXPO+2017 in Astana.

Zhoshybayev notes that Kazakhstan is dedicated to this special event not only with billions of dollars being invested but also ensuring that the exhibition site is turned to good use in the future.

He reminds nearly all the 160 BIE member countries voted for Kazakhstan to host this exhibition in 2012, so it is a huge responsibility for them and to the rest of the world to make this a huge success.

There is a considerable amount of investments for improving the infrastructure of the city.  Two bus stations and a railway station are under construction in Astana; work on a new terminal for our international airport will begin soon. They also plan to build 70 more hotels. Exhibition pavilions and new housing spread out over 173 hectares will be constructed over the next three years, so the face of the city will be completely different by 2017. The Safe City programme is also in full swing.

One of the most significant part of the new buildings are that most of them use green energy, including wind and solar. Part of the complex will become an additional campus for Nazarbayev University, where its students and scientists will be able to develop new technologies in long term.

Considering the energy and environmental issues, Zhoshybayev sees Norway as a special partner for the country. He reminds Kazakhstan has established its oil fund taking the example of Norwegian pension fund and also there is a significant level of cooperation between two countries in both energy and education.