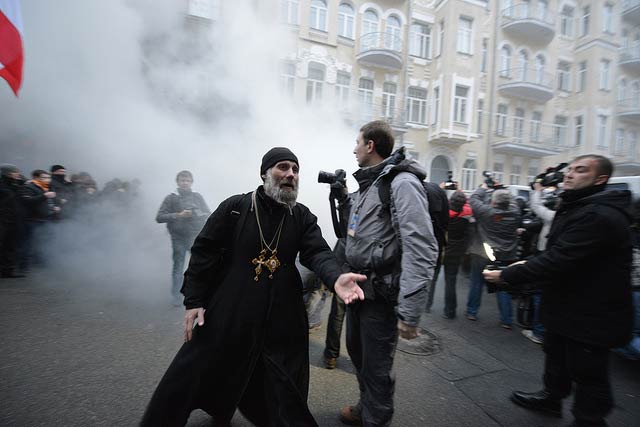 “Norway condemns the use of violence in Ukraine in the strongest possible terms. The authorities have a responsibility to stop the violence immediately,” said Minister of Foreign Affairs Børge Brende. Many people have been killed and a great many injured during the last 24 hours. The Ukrainian Ambassador to Norway has been summoned to the Ministry of Foreign Affairs this afternoon.

There have been mass demonstrations in Kiev in the wake of President Viktor Yanukovych’s decision not to sign an association agreement with the EU in November. Yesterday the situation took a dramatic turn for the worse.

“The authorities must take responsibility in order to prevent further deaths and injuries. Norway is in close contact with the EU, which is now considering targeted measures against those responsible for the violence and excessive use of force,” said Mr Brende.

Mr Brende urges the parties to return to the negotiating table.

“The political crisis requires that the President takes clear steps to achieve national reconciliation and find a political way forward based on democracy, respect for human rights and judicial reform. The authorities must also ensure that those responsible for the acts of violence are brought to justice,” said Mr Brende.