How to Mine an Asteroid 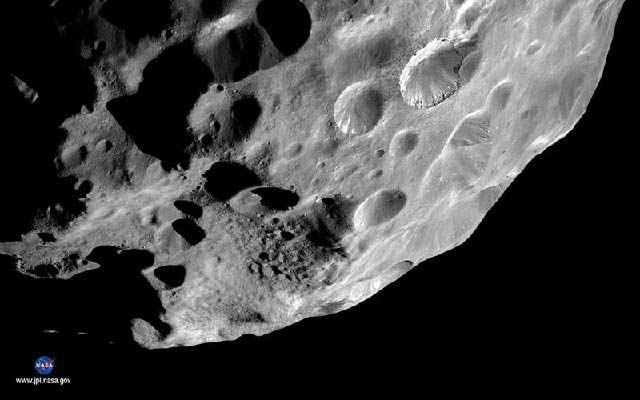 How is it possible to mine an asteroid?

It’s becoming more possible every day. It’s a combination of knowing about the asteroids themselves – where they are and what resources they have on them – and, of course, having the technology and the need to capture those resources.

We’re interested in the near-Earth asteroids – not the ones that are between Mars and Jupiter, but ones that actually come quite close to Earth’s orbit. We’ve discovered almost 10,000 – many of them in the last 10-15 years – and are making a rendezvous and prospecting spacecraft that will tell us a bit more about the surface of each individual asteroid.

When we’re talking about recovering water, there are a lot of different techniques we might employ, some as simple as distilling an asteroid using the sun’s energy, evaporating the water, and then condensing it back down and using it for transport.

When we talk about getting more advanced materials – like the iron, nickel, cobalt, and platinum group metals that are on asteroids – there are a lot of technologies that could be used from an Earth standpoint today, but we’re convinced that we’ll find a better way to take advantage of the unique environment that we have in space.

Do you foresee these asteroids being mined by robots? By human beings?

We certainly foresee that this will be an entirely robotic activity, with the humans who are taking part being comfortable back here on Earth. We’ve used robots to explore almost the entire solar system, and this area of technology is progressing rapidly.

Resources are what really drove us to settle the American continent and drive into the West. Without the resources that were where we were exploring, we wouldn’t have been able to continue past the Eastern Seaboard.

In many ways, we see the same opportunity in space. Resources are going to be the economic driver and the economic engine for moving human activity off the surface of the planet into space.

Is your idea to eventually bring material back to Earth for use?

The end goal is to bring back the platinum group metals. We of course have plenty of water here on Earth, and we have nickel, iron, and cobalt in fair abundance. But the platinum group metals are the rarest elements on Earth, and are used commercially, industrially, medically, and in the automotive industry. They’re actually almost a thousand times rarer than what are frequently referred to as the “rare earth elements.”

By using the water resources of space to create fuel depots and way stations, and to power our transport around the solar system and to and from asteroids, we should be able to bring this group of elements back to Earth. By doing so, we’ll find all kinds of new applications for these elements, because they’ll be more abundant than they are today.

Is there a danger in bringing material from asteroids to Earth? When humans first went to the moon, they were quarantined, and couldn’t even take moon rocks because they were so afraid of what they might bring back.

When we first landed on the moon, our space program was barely 10 years old. We didn’t know a lot about the solar system, or what to expect when we were going to the moon and back. The quarantine that the Apollo 11 astronauts were in was substantially shortened as the space program developed.

NASA and other space agencies have come up with specific policies for how to handle this, and we’ve brought several other samples back from the solar system. So, it’s certainly something to be attentive to, but we know enough about the solar system now that it’s not a threat, or anything to be particularly concerned about.

You’ve talked about turning some of the water into fuel so you could actually move an asteroid. What would be the benefit of that?

We have the technology today so that we could actually go grab a small asteroid and haul it back to our orbit to study it closer to home. So that’s one thing we might do from a scientific and engineering development standpoint.

Another reason you might want to move an asteroid is to bring the reduced materials back to their point of need, whether that’s to Earth, or to a fuel depot in Earth’s orbit or on the way to Mars.

A final reason is the possibility that some of these asteroids may eventually hit Earth. We now know for certain that this is what caused the demise of the dinosaurs 65 millions years ago. More recently, there was a big impact in 1906 in northern Siberia that caused lots of damage – fortunately, it was lots of damage to a forest.

NASA and others have their eyes on a number of asteroids that are coming close enough to Earth to be of concern. We have the technology and the know-how today to push these things out of harms way just by giving them a slight nudge. We could potentially prevent a global-scale natural disaster.

Why is a private company doing this, and not NASA, or another country’s space agency?

NASA’s interests over the past 50 years have been primarily of a scientific pursuit: to study the world around us, understand the formation of the solar system and how the Earth evolved, and then explore other worlds in space to come to understand them. And that, really, is what has laid the foundation for businesses to follow.

Much like government paved the way by building railroads and setting up industry, it has, in many ways, laid the groundwork for commercial activities in space, some of which are actually starting to take off: Virgin Galactic is now providing space tourism opportunities, and Elon Musk and SpaceX are delivering cargo – and might eventually take astronauts – to the space station for NASA.

In many ways, Planetary Resources looks to extend the offering of the commercial sector by developing space telescopes and bringing data back for NASA and other researchers, adding to the knowledge base that NASA and the other space agencies have established.

We’re at a turning point where these things are within reach from a technical and financial standpoint, and we have a business opportunity to pursue that makes it something we’re motivated to develop.

What’s the timeline on all this?

We’ll be launching our first vehicles in 2014. Those will be our Arkyd-100 series of spacecraft, which we’ll be using as a space telescope in Earth’s orbit.

We’ll follow those missions by adding the capabilities necessary to get deeper into space, including propulsion and deep-space communications, and in three to five years we’ll start sending them out to our first asteroid targets.

By the end of this decade or the beginning of the next, we’ll probably be into the first small-scale material processing of an asteroid. We’ll start finding those water-rich asteroids and gathering up a small bit of material, learning how to use it and extract water from it.

That’s less than 10 years away on our roadmap, and it will lead to a number of exciting developments with other companies and government efforts that are reaching further into space.

Chris Lewicki is the president and chief engineer of Planetary Resources, an asteroid mining company. He was flight director for the rovers Spirit and Opportunity, and the surface mission manager for Phoenix Mars Lander. The recipient of two NASA Exceptional Achievement Medals, Chris has an asteroid named in his honor (13609 Lewicki).

It was sometimes ago that the New Yorker featured a cartoon that went something like this: “With the internet, you can be a dog behind a computer and nobody knows.”
Read more
- Advertisment -
Advertisement