Youth on the streets 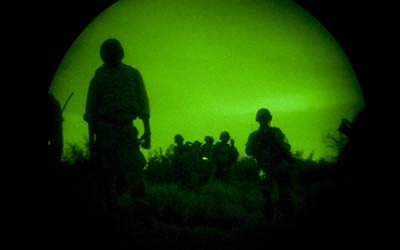 Events in Greece following the killing of a 16-year-old by police are continuing to unfold. The economic and social costs of the riots are very high.

Moreover, we see that this opposition movement, which can be called a new type of anarchism, is not limited to Greece. Globalization, coupled with European integration, makes it possible for an event in one country to easily spread to others. It therefore becomes clear once again that neither the problems nor their solutions can be confined within national borders.

The beginning of the current situation was reminiscent of classical anarchical movements based on violence and terror. The way the riots are suppressed, however, transformed this anarchy into rebellion. A similar situation had occurred in France, as well. This means that even in developed democracies security forces don’t know how to deal with social violence. This also means that efforts spared for chasing Islamic terrorists or illegal immigrants result in a failure to detect social explosions. This further shows that in many places it is still not understood that violence begets violence.

It seems that the incidents that started as anarchism seem to have now turned into youth protests and a wave of worker strikes. In fact, from this point of view, the events in Greece are similar to ones that happened recently in France. Just like the youth in Paris, the youth of this country at the border of Europe are expressing anxiety about the future.

These youth in revolt did not secure this environment of human rights or the rule of law themselves. They were born into it or it was given to them. As a result, they stay out of active politics. An apolitical climate gets even deeper when power changes hands between the same people or parties, as in Greece. The fact that politics is continually done with the same people and the same discourse, on the one hand, and that the responsibility is laid on Brussels, on the other hand, leave the youth incapable of determining their social and political futures. The resulting democratic deficit is much more related to “anxiety about the future” than to “governance problems.” These youth who see their future in globalization are getting prepared for competition in this area. However, some of those who manage this challenge think that conservative governments are restraining them. Youth that cannot handle global competition, on the other hand, become more localized and get angry at the same governments for not supporting them. As a result, discontent becomes a common point for youth with different social, ideological and political backgrounds.

The violence used by these youth, which was also triggered by the global economic crisis, risks yielding a future not like the one they imagined. It seems that those who noticed this danger are intervening in the events. Nongovernmental organizations, such as labor unions, left-wing organizations and student unions, are preparing to voice their demands through nonviolent actions such as strikes, boycotts and sit-ins.

What expanded the riots was that nobody assumed responsibility for the asymmetric violence and premeditated manslaughter perpetrated by the police. We don’t know why the prime minister did not accept the resignation of the interior minister, but it will be necessary for more and more politicians to assume responsibility. The power in Greece did not assume responsibility and this may bring about its end.