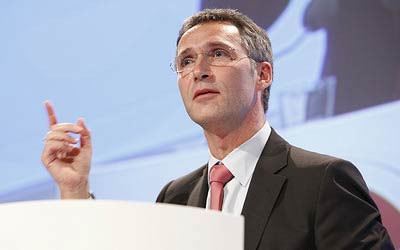 The King requested the government to continue as a caretaker government until a new government has been formed.

For the forming of a new government, the Prime Minister advised the King to approach the leader of the Conservative Party, Erna Solberg.

– I will therefore tender my government’s resignation, in a session of the Council of State. I will advise His Majesty the King to approach the leader of the Conservative Party, Erna Solberg, as she is the prime minister of Norway, says Stoltenberg in his speech.

At 14.00, Prime Minister Stoltenberg will hold a press conference on his government’s application to resign and the coming change of government.