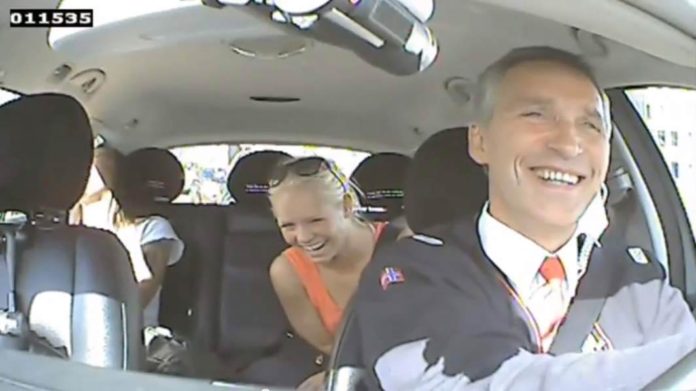 Before the trip, Stoltenberg wore sunglasses and a uniform of taxi driver. Everything that happened in the car was recorded by hidden cameras and put together in a three-minute video posted on Youtube and the Facebook page of the Prime Minister for use in election campaign in September.

Stoltenberg said he wanted to hear a truthful opinion of ordinary voters. “If there is a place where people talk about what they think of – it’s a taxi,” – said the Prime Minister.

Passengers criticized the manner of driving of the Prime Minister – at some point, he mixed up the clutch pedal and brakes and nearly had a car crash. On the question of whether he considers the possibility of a career change in the event of failure of the election, Prime Minister answered that for residents of Norway and taxi passengers it would be better if he remains Prime Minister and not a driver.

Many of the passengers realizing who the driver was began to smile and laugh. However, there were some who felt that the driver is just very similar to the prime minister. And one passenger said that she was very lucky to meet Stoltenberg, as she was just about to write him a letter. No passenger had to pay for the trip.