Last week, a group of neo-Nazi named “Fatherland First” held a demonstration in Kristiansand despite police ban. The march attracted 60-70 neo-nazis from neighboring countries. Police in Kristiansand was criticized for not having stopped the march.

Thor Hofsbro (83) who experienced World War II strongly reacted to both the demonstrators and the police in Kristiansand.

– It seems that history repeats. I think they are dangerous. Much more dangerous than Quisling and his men before the war, “said the veteran Thor Hofsbro to Dagbladet.

Hofsbro was 8 years old when Hitler Germany invaded Norway on April 9, 1940. Hofsbro joined in resistance and became one of those who had to flee to Sweden, writes Dagbladet.
Hofsbro thinks it is terrible that the police in Kristiansand did not stop the neo-Nazi demonstration and compares it to police cooperation with the occupants during the war.
The police in Kristiansand is in the process of evaluating the incident.

Vidkun Abraham Lauritz Jonssøn Quisling was a Norwegian military officer and politician who nominally headed the government of Norway after the country was occupied by Nazi Germany during World War II.

Quisling first came to international prominence as a close collaborator of Fridtjof Nansen, organizing humanitarian relief during the Russian famine of 1921 in Povolzhye. He was posted as a Norwegian diplomat to the Soviet Union, and for some time also managed British diplomatic affairs there. He returned to Norway in 1929, and served as Minister of Defence in the governments of Peder Kolstad (1931–32) and Jens Hundseid (1932–33), representing the Farmers’ Party.

In 1933, Quisling left the Farmers’ Party and founded the fascist party Nasjonal Samling. Although he achieved some popularity after his attacks on the political left, his party failed to win any seats in the Storting and by 1940 it was still little more than peripheral. On 9 April 1940, with the German invasion of Norway in progress, he attempted to seize power in the world’s first radio-broadcast coup d’état, but failed after the Germans refused to support his government.

From 1942 to 1945 he served as Prime Minister of Norway, heading the Norwegian state administration jointly with the German civilian administrator Josef Terboven. His pro-Nazi puppet government, known as the Quisling regime, was dominated by ministers from Nasjonal Samling. The collaborationist government participated in Germany’s genocidal Final Solution. Quisling was put on trial during the legal purge in Norway after World War II: he was found guilty of charges including embezzlement, murder and high treason against the Norwegian state, and was sentenced to death. He was executed by firing squad at Akershus Fortress, Oslo, on 24 October 1945. The word “quisling” has since become a byword for “collaborator” or “traitor” in several languages, reflecting the very poor light in which Quisling’s actions were seen (both at the time and since his death). 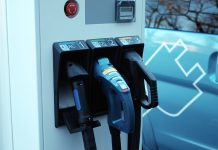 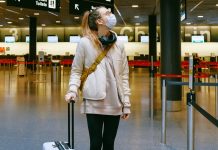 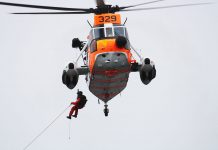 © The Nordic Page 2017
We use cookies to ensure that we give you the best experience on our website. If you continue to use this site we will assume that you are happy with it.Ok