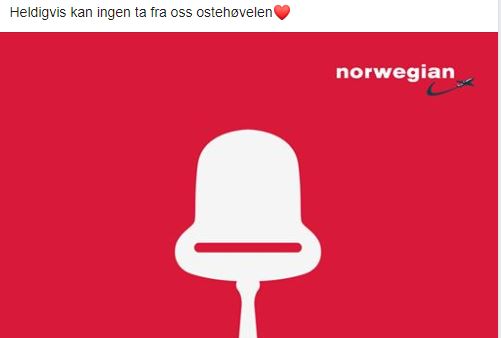 “Fortunately, nobody can take away the cheese slicer (from us)”,

referring to SAS’s ad stating that everything in Scandinavian culture was copied from somewhere else.

The SAS video starts with asking “What is really Scandinavian?”, with video images of typically Scandinavian elements such as meatballs, and Danish design. And then the answer comes:

“Absolutely nothing”. The video states that everything Scandinavian is copied from somewhere else.

SAS competitor, Norwegian’s reaction to the video is well liked by the customers.

The cheese slicer is a tool that makes many Norwegian proud and has played an important role in Norwegian food culture.

It was invented in 1925 by the Norwegian carpenter Thor Bjørklund (1889-1975). He was irritated that he couldn’t get good cheese slices with a normal knife.