Oslo finds itself in the bottom ten, at number 49 out of the 56 cities ranked. Elsewhere, Belfast tops the list of best urban cities for digital nomads.

Recent analysis by online home rental company  Spotahome has standardised the latest city and country-level data available* for categories such as internet speed, the number of co-working spaces, apartment rental prices and migrant acceptance to determine which urban cities are best-suited for digital nomads.

Digital nomads are remote workers who usually travel between different locations. They often work in coffee shops, co-working spaces, or public libraries, relying on devices with wireless internet capabilities like smart phones and mobile hotspots to do their work wherever they want.

Belfast’s ranking above cities like Lisbon and Barcelona might seem surprising, but the city was recently named the best place to visit in 2018 by Lonely Planet and previous studies have found Belfast to be one of the UK’s fastest growing economies.

The city is also especially appealing to digital nomads, because of its focus on technology growth. Belfast has seen a 73 percent surge in new digital jobs in recent years for positions like software engineers, technical consultants and java developers; all typical roles sought from today’s digital nomad community. 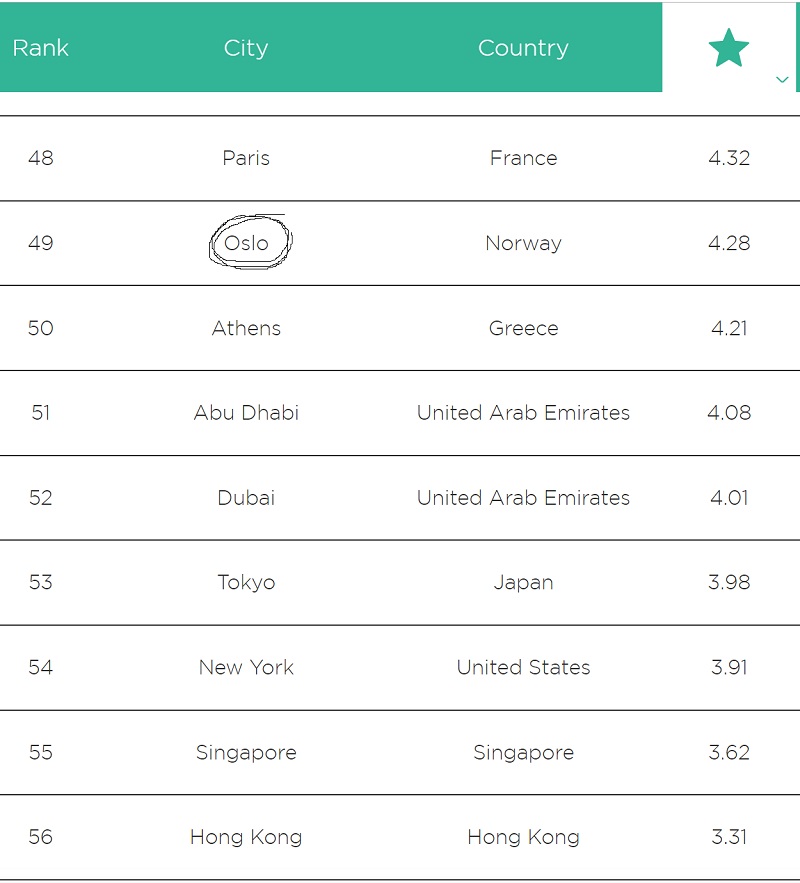 Though it had one of the worst scores for annual sunshine hours (0.38), top-scoring Belfast excelled in several key areas, ranking highly for internet speed (10.00), the number of co-working spaces (8.12) and apartment rental prices (8.28).

Interestingly, Lisbon just misses out on the top spot. That’s despite a rise in affluent millennials choosing to emigrate to the city and freelance workers basing themselves in the capital.

Even though it scored impressively in some areas, Lisbon surprisingly lagged in other key categories such as quantity of startups (0.49) and internet speed (3.00). Apartment rental prices also just fell short of Belfast with a score of 7.87.

The latest rankings are perhaps indicative of the shift in remote workers moving away from more tropical destinations, shunning traditional hotspots for more under-the-radar locations.

Outside of Europe, Australia also performed well, with two entries at numbers 4 and 6 respectively (Brisbane and Adelaide).

Surprisingly, the United States has just two cities in the top ten, with San Francisco– the home of Silicon Valley–achieving only eighth place, and Miami not far behind in tenth place.

At the other end of the spectrum, Hong Kong finds itself in last place; ranking bottom of the 56 cities listed. The city failed to achieve high marks in key categories such as internet speed (2.28), apartment rental prices (3.00) and cafes with free Wi-Fi (0.22).

Singapore and Tokyo also occupy spaces in the bottom three, with lack of Wi-Fi access, low quantity of start-ups and poor internet speed contributing to these poor ratings.

Perhaps the most unexpected entry in the bottom ten is New York. Despite being one of the world’s major cultural and financial centres, the city was found lacking in areas such as apartment rental prices (attaining a low score of just 0.66), internet speed (1.28) and, perhaps surprisingly, the number of startups (1.05).

Melissa Lyras, Brand and Communications Manager at Spotahome commented on the findings:

“Belfast’s position at the top of the list might come as a surprise to some, however, it’s clear the city is quickly establishing itself as an efficient hub, with plenty to offer today’s rising number of digital nomads.

“It’s both exciting and promising to see so many European cities paving the way for this new generation of workers and we’re looking forward to seeing how they continue to develop more opportunities to accommodate the growth in flexible working in the years to come.”