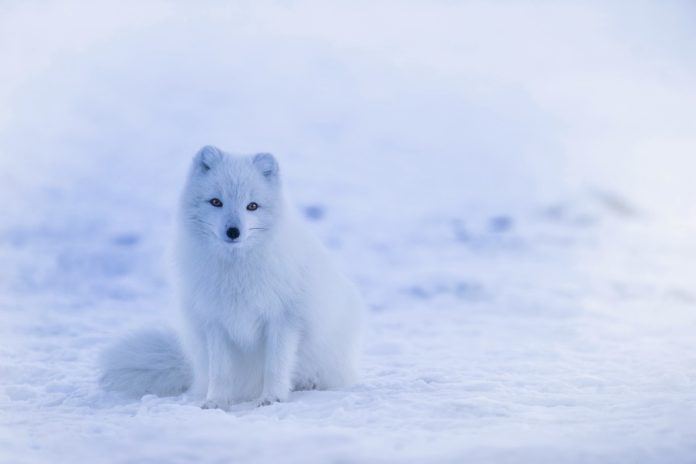 A young female arctic fox sets a new record for her species for walking from Norway to Canada.

The arctic fox, just one year old, traveled more than 2,700 miles from Spitsbergen, the largest island of the Svalbard Archipelago of Norway, to Ellesmere Island in Nunavut, Canada, in four month.

The researchers from Norwegian Polar Institute, who started tracking the fox with a collar in 2017, say that to their knowledge this was the fastest movement rate ever recorded for this species. The young fox was 1.4 times faster than an adult male arctic fox, which held the previous record for such a trek.

The fox left Norway on March 2018, and by July 1st, same year, she arrived in Canada. The fox’s average traveling speed was about 28 miles per day. Her fastest recorded movement rate was about 96 miles per day while crossing the ice sheet in northwestern Greenland. Most probably, she was using sea ice to help her travel.

Usually an arctic fox, also called blue or coastal fox, lives between 3 to 6 years in the wild. The thick coat of fur helps the species to survive the extreme temperatures from the North. They eat marine birds, fish and leftovers from bigger predators, such as polar bears. According to the researchers, most probably she left Norway because of food scarcity.

Since February 2019, the researchers could not locate the young fox anymore, as her collar tracker stopped working.