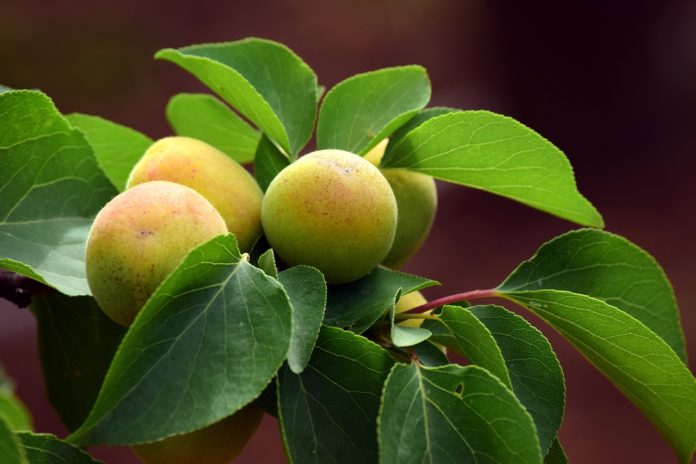 Norwegian farmers have started to cultivate apricot, sea berry, edamam beans and sweet potato as a result of drastically changing climate in Norway in recent years.

According to NRK, the farmers demand NOK 150 million NOK from the state in order to adapt the new climate conditions in the country and develop new varieties and produce more for the Norwegian market. New investments, research, new technology, and new varieties and products will enable them to produce more. Although Norwegians eat more and more fruits, berries, potatoes and vegetables, less than half of the vegetables, and only 6 percent of fruits and berries are produced in Norway.

One of the new exotic products the farmers grow is Apricot, which grow in warmer south European countries such as Spain and Turkey. The fruit farmers in Lærdal test out a number of different apricot varieties to see which ones work best in the Norwegian climate.

“Much of what we cultivate in Norway tastes better than what we get from abroad, since there is late ripening and completely different climatic conditions than south in Europe,” says Harald Blaaflat Mundal from Lærdal Grønt to NRK.

There is also a shorter route to the market, and thus one can harvest fruits and berries when they are completely ripe, so they are sweeter.

Another tested product is edamam beans.

“There are several types of lettuce, cabbage, lentils, beans and peas, especially from Asian countries. Several of these can be grown in Norway, says research and development manager at Gartnerhallen, Ellen-Margrethe Hovland.

The family business framing company, Bjertnæs & Hoel on Nøtterøy has been growing sweet potatoes in Norway since 2018.

In order to win the competition against low-cost countries with warmer climates, Norwegian farmers also have to use new technology.

The Norwegian invention agricultural robots Adigo and Asterix help the Norwegian farmers reducing the use of pesticides by more than 99 percent.

Another Norwegian invention is Soil Steam, a machine that uses water vapor instead of chemicals to clean the soil of unwanted fungi, weeds and pests.

Other technologies, such as plastic tunnels, make it hot enough to grow both melons and galiamelons. The plastic tunnels also make it possible to extend the growing season, so we can have Norwegian berries for most of the year.