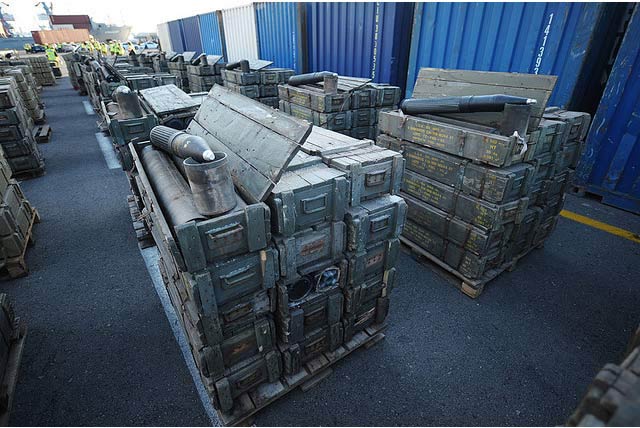 Rocket engines, weapon systems and ammunition are among Norway’s export products.  Despite the small size of the country, Norway keeps its place among the world’s 20 largest gun exporters.

Several of the parties to the Yemen conflict including Saudi Arabia, United Arab Emirates, and Qatar were able to purchase licensed Norwegian equipment in 2015. From 2014 to 2015, Norway doubled exports of defense materials to these three countries. In 2015, Norway sold military equipment for $ 139 million to Saudi Arabia, United Arab Emirates, Qatar and Kuwait, Dagbladet writes .  However, last year Foreign ministry rejected several applications from these countries.

The largest Norwegian weapon producer is Nammo at Raufoss.  They account for a large part of the Norwegian arms exports, delivering ammunition and rockets for military purposes and for space researches.  Sissel Solum, communications manager at Nammo, tells NRK that the statistics is misleading.

– We manufacture systems for both civil and military purposes, but we do not make bombs and torpedoes, she emphasizes.

According to the export control regulations, Norway should not sell weapons to countries in war.
Mads Harlem in the Red Cross says to NRK that the regulations must be amended so that exports to countries that violate international law should be prohibited.

Norway was the 7th largest gun exporter in the world in 2012 and 10th largest in 2015. In 2015, Norway exported arms and military equipment for just over NOK 3 billion. This is an increase of four per cent from 2014. The product group “bombs, grenades, torpedoes etc.” and “ammunition and parts” increased in particular.
Exports of defence-related products from Norway are subject to strict controls. A total of 25 applications for licences to export defence-related products were refused in 2015.