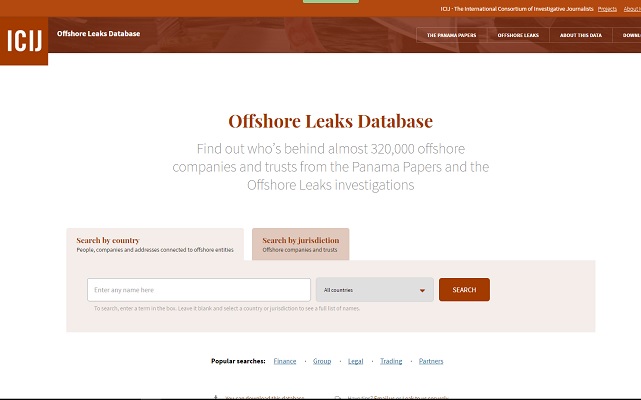 The International Consortium of Investigative Journalists publishes yesterday a searchable database that strips away the secrecy of nearly 214,000 offshore entities created in 21 jurisdictions, from Nevada to Hong Kong and the British Virgin Islands.

The data, part of the Panama Papers investigation, is the largest ever release of information about offshore companies and the people behind them. This includes, when available, the names of the real owners of those opaque structures, writes ICIJ.

The database also displays information about more than 100,000 additional offshore entities ICIJ had already disclosed in its 2013 Offshore Leaks investigation.

The database includes hundreds of Norwegian names and addresses. In Norway section of the system, there are 117 officers names, 17 intermediators, 17 offshore entities and 97 addresses from Norway.

You can list the names from Norway by clicking on this link.

Norwegian authorities have set up a special hotline for Norwegians on the list. Talking to Aftenposten, Head of financial crimes (ØKOKRIM) Trond Eirik Schea said this is a major social problem.

– We have created a special phone number that can be used by those who want to put the cards on the table and provide information on assets abroad that are not provided to the Norwegian tax authorities, says Schea.

Schea emphasizes that it is not a criminal offense to have money in accounts in tax havens, but not to declare them for taxation in Norway could lead to both fiscal sanctions and criminal liability.

The new data that ICIJ is now making public represents a fraction of the Panama Papers, a trove of more than 11.5 million leaked files from the Panama-based law firm Mossack Fonseca, one of the world’s top creators of hard-to-trace companies, trusts and foundations.

ICIJ previously announced that they are not publishing the totality of the leak, and it is not disclosing raw documents or personal information en masse. The database contains a great deal of information about company owners, proxies and intermediaries in secrecy jurisdictions, but it doesn’t disclose bank accounts, email exchanges and financial transactions contained in the documents.