This is How Firefighters in Norway Dance with Fire 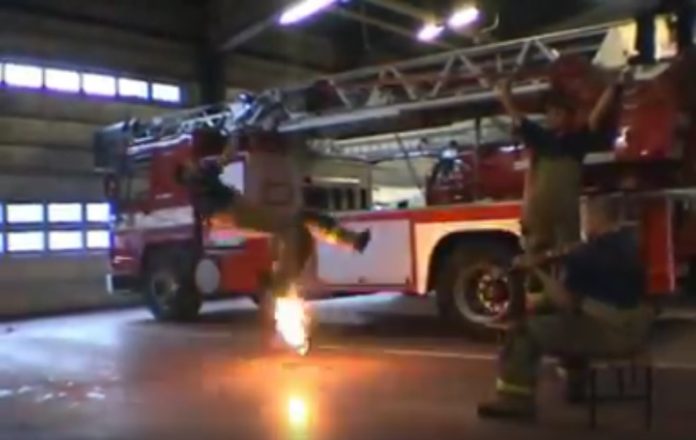 One of the dance moves is called hallingkast. In this move, a girl has traditionally held a hat high using a stick or something similar, and the dancer is supposed to kick down the hat. Kast is seen as the test of strength, which involves kicking a hat that is held about 230 to 280 cm above the floor. Some girls have been able dancers themselves, and known to be as agile as any man.

The Norwegian government has introduced the statutory authority to deport foreign citizens who violate the testing and registration requirements for the Covid-19 regulations. Due to...
Read more
Panorama

Ministry of Climate and Environment says yes to emission-free zones. Oslo and Bergen will lead and ban fossil fuel cars in some areas. It is...
Read more
Panorama

The government recommends zero physical education for students. The Progress Party thinks the students should have been notified earlier, and the Labor Party is calling...
Read more
Panorama

Around 200 people have been evacuated, and several are injured after a major landslide occurred near the center of Ask in Gjerdrum. - It...
Read more
Panorama

Due to recent developments in the coronavirus situation in Oslo, the Norwegian Nobel Committee and David Beasley, Executive Director of the World Food Programme,...
Read more
Panorama

Norway reintroduced controls at the internal borders as a measure to limit the spread of Covid-19. The Government has decided to continue these measures...
Read more
- Advertisment -
Advertisement