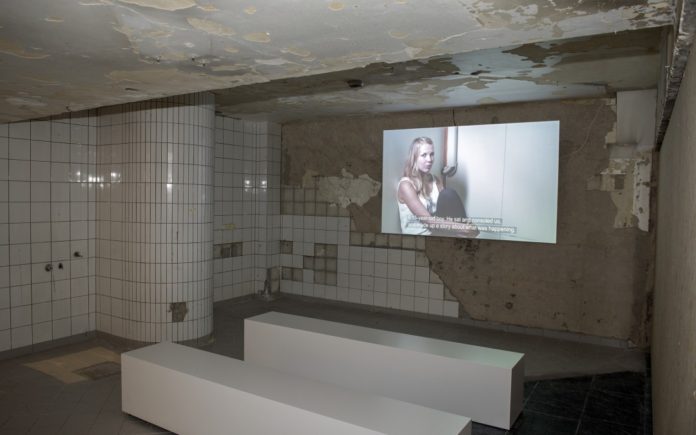 The exhibition includes objects used by Breivik during his attacks in both Oslo government square and Utøya island AUF youth camp, the remains of the van bomb, the fake police ID he used to disguise as a police officer. Also the visitors can see the victims’ cameras and other belongings in the exhibition.

The temporary exhibition is located on the ground floor of the government complex in Oslo.

Prime Minister Erna Solberg said at the opening of the exhibition that the information centre should increase awareness in order to prevent hatred, violence and terrorism.

We cannot and should not forget this story. Knowledge is the most important instrument against hate, violence and extremism, says Minister of Local Government and Modernisation, Jan Tore Sanner.

Ever since Norway was struck by this terror, openness has been an important value for us. That is why we took the initiative – the first time there was a proposal, by Erna Solberg and I in 2012, it was voted down. But this time it came as a proposal by the survivors and relatives, though support groups, says Sanner.

Lisbeth Kristine Royneland, the head of a support group for survivors and victims’ families, also said she supported the exhibition despite the controversy and opposition among some in the society.

The right-wing extremist Breivik had killed 77 people in twin attacks, claiming he was fighting against multiculturalism, its supporters (Labor Party youth camp) and a “Muslim invasion”.

More About the Center

The course of events on 22 July is depicted through pictures, texts, films and objects. The exhibition also highlights the immediate reactions, the many demonstrations of sorrow and solidarity in the days that followed, and the subsequent trial. One room is dedicated to the 77 who were killed.

All of the main texts of the exhibition have been acquired from the judgment in Oslo District Court, 24 August 2012. The objects are mainly evidence from the police investigations. The exhibition also includes a comprehensive collection of photos, excerpts from surveillance videos in the government centre, and filmed interviews with witnesses from the government centre and from Utøya. Relevant books and other publications are available in the final section of the exhibition.