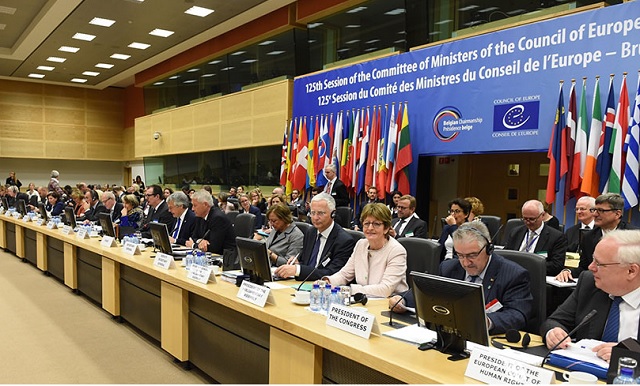 The measures take the form of an additional protocol to the Council of Europe’s convention on the prevention of terrorism, which has so far been signed by 44 of the organisation’s 47 member states.

The protocol will require countries to outlaw various actions including intentionally taking part in terrorist groups, receiving terrorism training or travelling abroad for the purpose of terrorism. It also provides for a round-the-clock network of national contact points to rapidly exchange information.

Participants at the meeting also adopted a political declaration and a three-year action plan on the fight against violent extremism and radicalisation leading to terrorism. The action plan sets out a series of Council of Europe-led measures to help tackle radicalisation, including in schools, prisons and on the internet.

The 125th session of the Council of Europe’s Committee of Ministers is taking place in Brussels at the end of Belgium’s six-month chairmanship of the organisation. The chairmanship will pass to Bosnia and Herzegovina during the meeting.