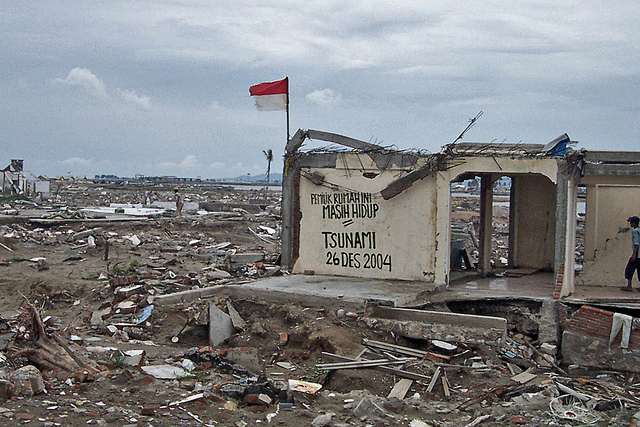 Former and a current foreign minister, as well as Crown Prince and Princess honor the memory of the 84 Norwegian lives lost in the tsunami disaster ten years ago, reports NTB.

Both Jonas Gahr Støre and Berge Brende speak at the ceremony at Bygdøy in Oslo today. Seaman’s priest Stein Vangen read obituary before the group lay down flowers at the memorial in Paradisbukta.

– For many of those who lost someone in the disaster, probably 2nd Christmas day is a bad day to go through, said Stein Vangen to NTB before the anniversary.

He thinks it might be the last time there is such a large public commemoration for the victims.

Also in Thailand, a Norwegian memorial service will be held by Seamen’s Church on the beach in Khao Lak.

Moreover, in Indonesia, India and Sri Lanka there will be commemorations for over 220,000 who died in the tsunami.

Indian Ocean earthquake occurred at 00:58:53 UTC on Sunday, 26 December 2004, with an epicentre off the west coast of Sumatra, Indonesia. The resulting tsunami was given various names, including the 2004 Indian Ocean tsunami, South Asian tsunami, Indonesian tsunami, the Christmas tsunami and the Boxing Day tsunami.

The earthquake was caused when the Indian Plate was subducted by the Burma Plate and triggered a series of devastating tsunamis along the coasts of most landmasses bordering the Indian Ocean, killing 230,000 people in fourteen countries, and inundating coastal communities with waves up to 30 metres (100 ft) high. It was one of the deadliest natural disasters in recorded history. Indonesia was the hardest-hit country, followed by Sri Lanka, India, and Thailand.