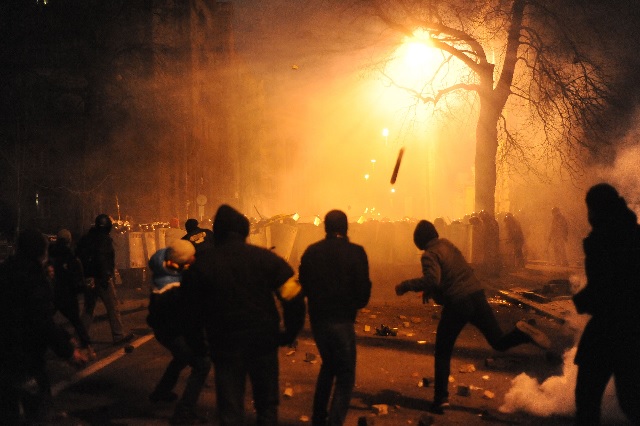 Grandhagen suggests Russia demonstrates a willingness to use military force against another independent country that they have not seen in Europe since the Second World War.

– When it comes to operations in Ukraine, it is quite clear that the Russian strategic goal was to prevent Ukraine from slipping out of the Russian sphere of interest and becoming an EU member, or even worse for Russia, the NATO member. Russia has done this through an unconventional military operation, supported by a number of other instruments, including a comprehensive internal and external propaganda activities, says Grand Garden.

He also states that there is a concerted effort by pro-Russian rebels, significantly led by Russian citizens, with the presence of Russian intelligence and Russian special forces. Grandhagen further suggests there is a very well-organized information and cyber operations unit,  supply of heavy weapons by Russia to the rebels, shooting with artillery from the Russian side to the Ukrainian side, and presence of regular Russian armies deep in the territory of Ukraine in the last ten days.

Russia has become more authoritarian and demonstrates both the ability and willingness to use military force, according to Grandhagen.