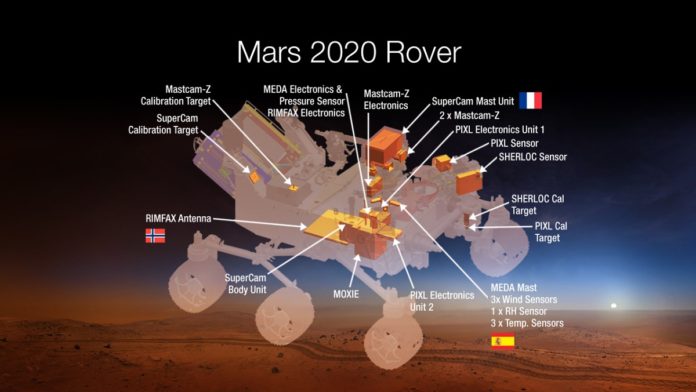 The announcement came at a press conference at the space agency NASA headquarters in Washington on Thursday evening.

FFI instrument was one of seven proposals which were selected to equip the spacecraft. Totally, 58 submissions were made from all over the world – twice as many as in previous NASA competitions. FFI radar was one of two non-US contributions that have been accepted.

– It gives an indication of the huge international interest in exploring the planet Mars. It also says something about radar technology we develop at FFI is absolutely world class, says John Mikal Størdal.

NASA’s next spacecraft is virtually identical to the Curiosity landing on Mars in 2012. The new “rover” will be a rolling laboratory with the most advanced instruments that have ever been sent out in search of traces of life. The spacecraft will measure temperature, wind direction, strength and humidity, as well as analyze the collected dust.

FFI developed Rimfaxe (Radar Imager for Mars Subsurface Exploration), one ground penetrating radar that can see into the ground. Rimfaxe will help determine the type of geology rover driving through. The goal is to find places where there has been water on Mars.

The main architect behind Rimfaxe is chief researcher Svein-Erik Hamran FFI, both leading the scientific process and the development. Together with Hamran, an international group comprising two other Norwegians, three Americans and a Canadian researcher will be working in the project.

In this video, a team of scientists and engineers gives proposals for NASA’s 2020 Mars rover mission.